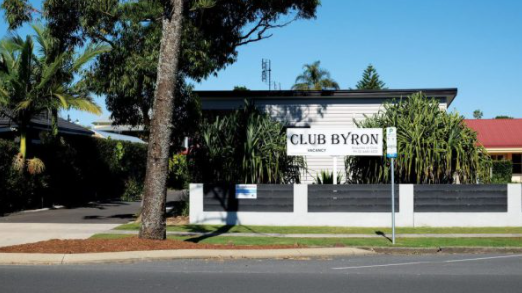 Police are on the hunt for three men after they robbed the Byron Bay Bowling Club on Tuesday night, armed with a machete.

It was just after 8pm when the trio walked into the club with their faces masked and began threatening a 25-year-old employee behind the bar, demanding cash.

She was intimidated with a machete, before they grabbed the money and ran off.

Police arrived shortly after the armed robbery and established a crime scene.

They’re now on the hunt for the men responsible and are asking anyone who many have seen or heard anything suspicious nearby the Marvel Street club to come forward.

The first man is described as being between 190cm to 195cm tall, of athletic build and wearing dark clothing.

The second man is described as being of Aboriginal/Torres Strait Islander in appearance, between 175cm to 180cm tall and armed with a machete.

The third man is described as being between 175cm and 180cm tall and wearing dark clothing.

Anyone who may also have CCTV or dashcam footage is urged to contact Byron Bay Police or Crime Stoppers on 1800 333 000.