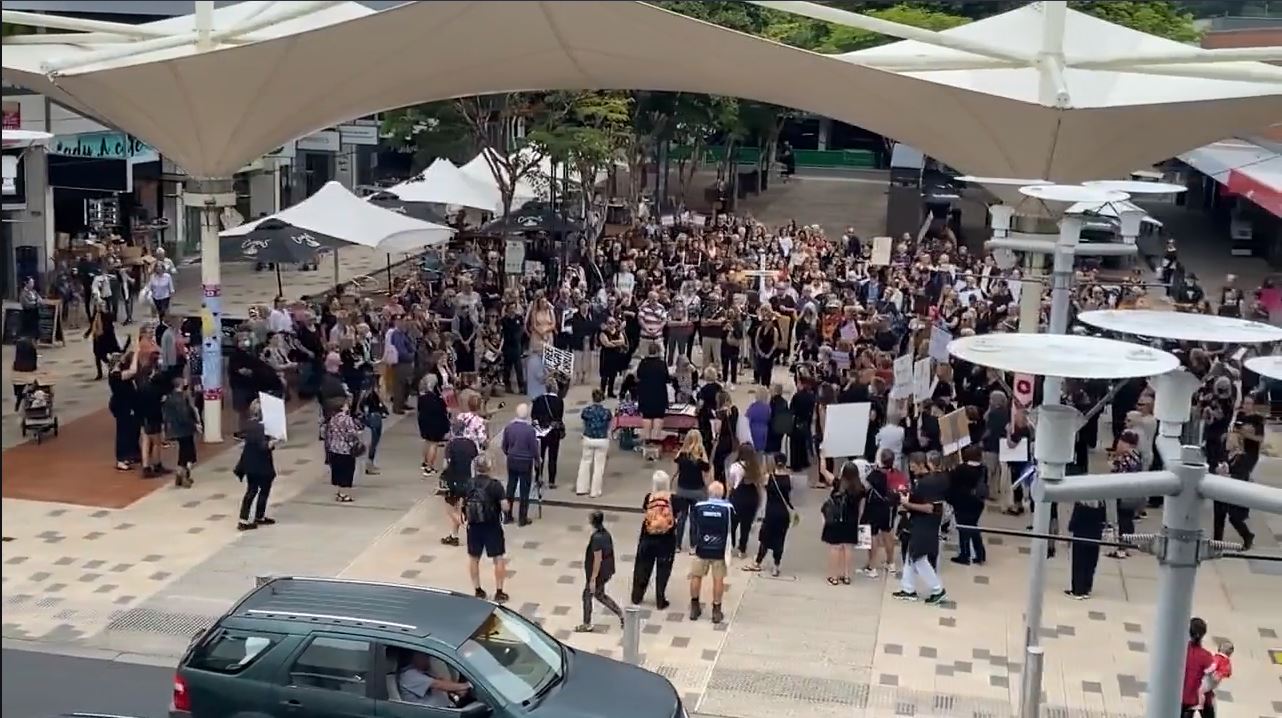 Around 500 people gathered in Coffs Harbour’s city centre this morning to join the nationwide March 4 Justice.

The crowd included women and men of all ages.

The peaceful protest also included a march around the city centre.