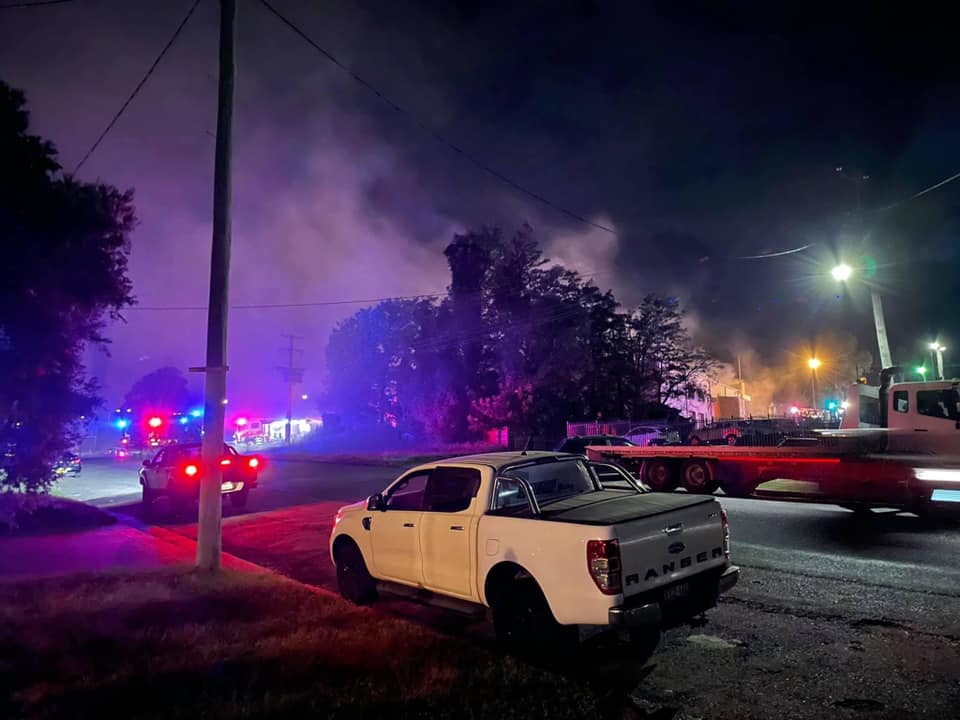 Police are treating the incident as suspicious and locals have described it as a sad day for the town.

Emergency services from across Newcastle and the Coalfields responded to the blaze just after 8pm.

It took Fire and Rescue crews two hours to extinguish the blaze, stopping the flames from destroying the historic building.

The club was built by local workers and first opened in 1955.

Residents took to social media, speaking of the memories they had at the venue.

“I only recently moved to the area but just rang my dad to tell him and he said he met my mum there, how sad,” one commenter wrote.

“Very sad to see the club go this way great memories there.”

The club held dances, birthdays, weddings, debutante balls and shows over its six decades of operation.

It closed in 2017 after going into administration.

Police are urging anyone with information, or who may have seen or heard anything nearby between 7.30pm and 8.30pm last night to come forward.