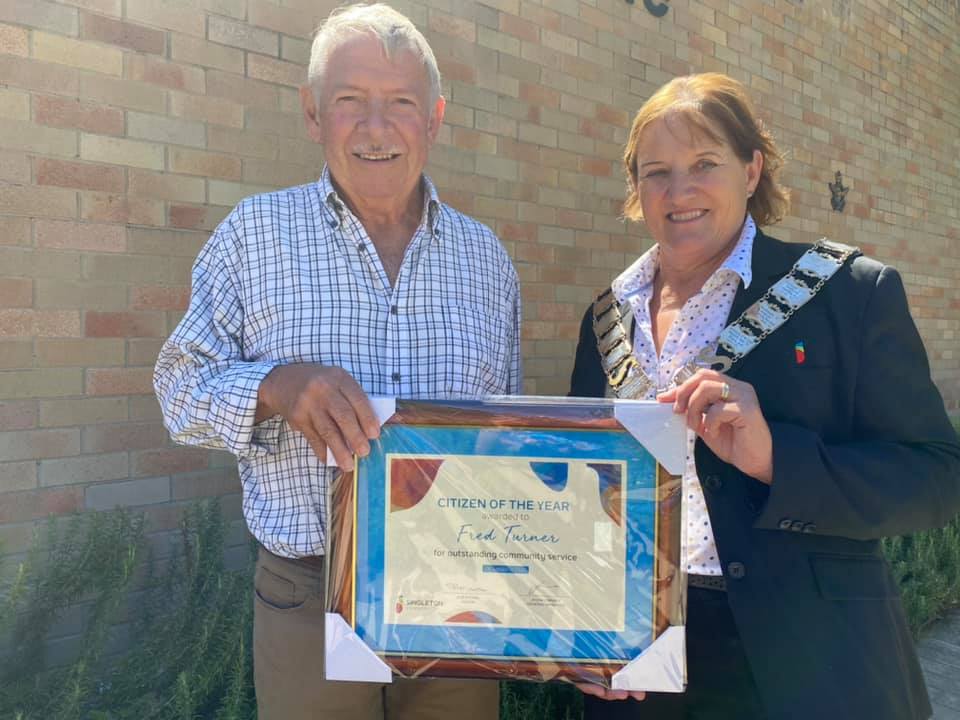 A Rural Fire Service volunteer, with more than 40 years of service, has been named Singleton’s Citizen of the Year.
Fred Turner received the distinction in recognition of his role with the RFS as the Hunter Valley’s Group Officer, as well as his work with organisations including Singleton Legacy Group, the Australian Infantry Museum, Singleton Lions Club and Singleton RSL Sub-Branch.
Mayor of Singleton, Cr Sue Moore said while the celebration was a little different this year, it was great to see people tuning in for the livestream of the ceremony.
“It’s a very significant occasion for the six people from all over the world ­– India, The Philippines, Papua New Guinea and the UK – who chose to become Australians in Singleton, and I was honoured to be part of it.”
She also spoke highly of the five other nominees for the Citizen of the Year.
“I sincerely congratulate Fred Turner on this prestigious honour, and thank our other four nominees – Jan Fallding, Wendy Lawson, Kenneth Mackett and Kay Sullivan – for all you do for our community.”