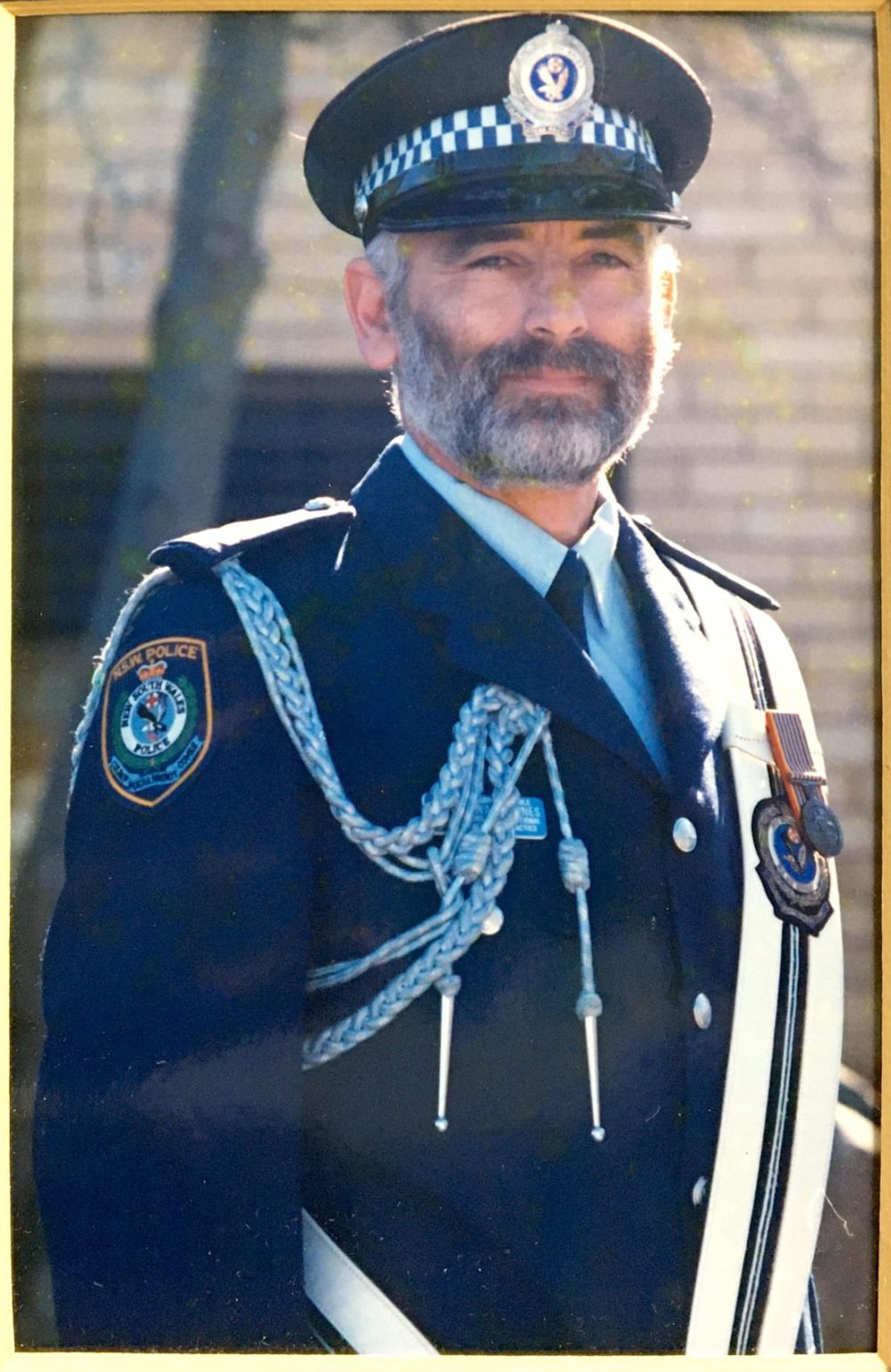 He was first stationed at the Metropolitan Police Area as a Probationary Constable in general duties before being transferred to Tingha Police Station.

Over his long career, he served at Tingha, Gravesend and Inverell.

Following time served as a lock-up keeper and general duties officer, he found a new passion for teaching skills to up and coming Probationary Constables at the Goulburn Police Academy.

“The highlight of my career was the six and a half years I spent teaching at the Academy in Goulburn,” he said.

“During my time about 3500 students would have gone through the academy.”

“I was a weapons instructor there and it was a real pleasure to see the students ending up with the skills they had by the time they were attested.”

He proudly explained “The commitment and dedication required to do the job for any length of time is significant, but to be able to perform the role for this long is just a really fantastic achievement and certainly shows Senior Constable Jones’ level of resilience,”

Over many years of work, S/Cst Jones has received numerous commendations including the National Medal in 1995.

He’s been an active community member as well as Officer in Inverell, Warialda and Tingha, playing a large role in Blue Light Discos.

Now aged 66, S/Cst Jones farewells the force, carrying with him many well-wishes for retirement.