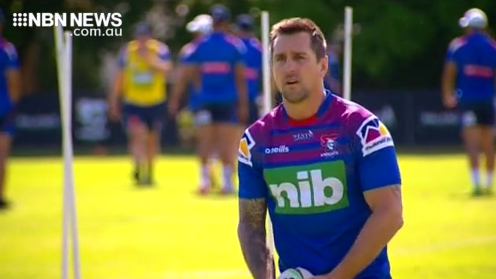 Mitchell Pearce is stepping down as captain of the Newcastle Knights, effective immediately.

The club says earlier this week, Pearce met with Head Coach Adam O’Brien, CEO Philip Gardner and General Manager of Football Danny Buderus, to address the recent scandal and to apologise for the distraction and inconvenience it’s caused during the Christmas leave period.

It says Pearce later met with his teammates and football department staff, to advise the group of his decision to relinquish the captaincy.

The club has voiced its support for his decision.

Pearce will address his decision to step down as captain on his return to training tomorrow.