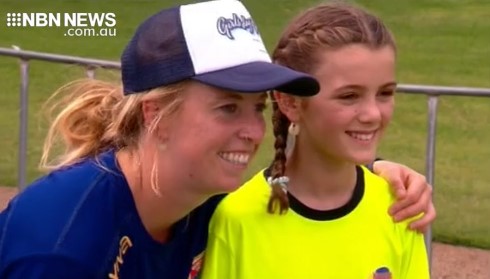 The Jets W-League side is in pre-season training, even though the club hasn’t released details of the squad’s make-up.
Despite being out and about on the weekend, the players won’t be officially announced until a new owner takes over.
“For us to get the draw and know what’s happening it’s good it actually starts to put things in perspective and training has been going well so yeah we’re looking forward to it.”
Someone certain to be there for the December 28 kick-off is Cassidy Davis.
“It’s been good getting in to running the fitness side of things at the moment and then we’ll work on the tactical stuff leading towards the first game but we’ve got a really good group of girls here and good coaching staff and everyone is looking forward to the season.”

TSZYU AND HOGAN FACE OFF IN STEEL CITY SHOWDOWN