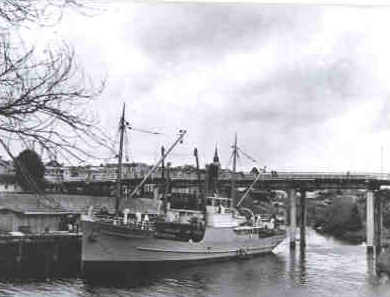 Seven men were killed after the ship struck a German mine laid during World War II.

The naval vessel had been travelling with supplies from Coffs Harbour to Sydney.

Thirteen survivors clung onto debris for some hours, until a passing ship rescued them.