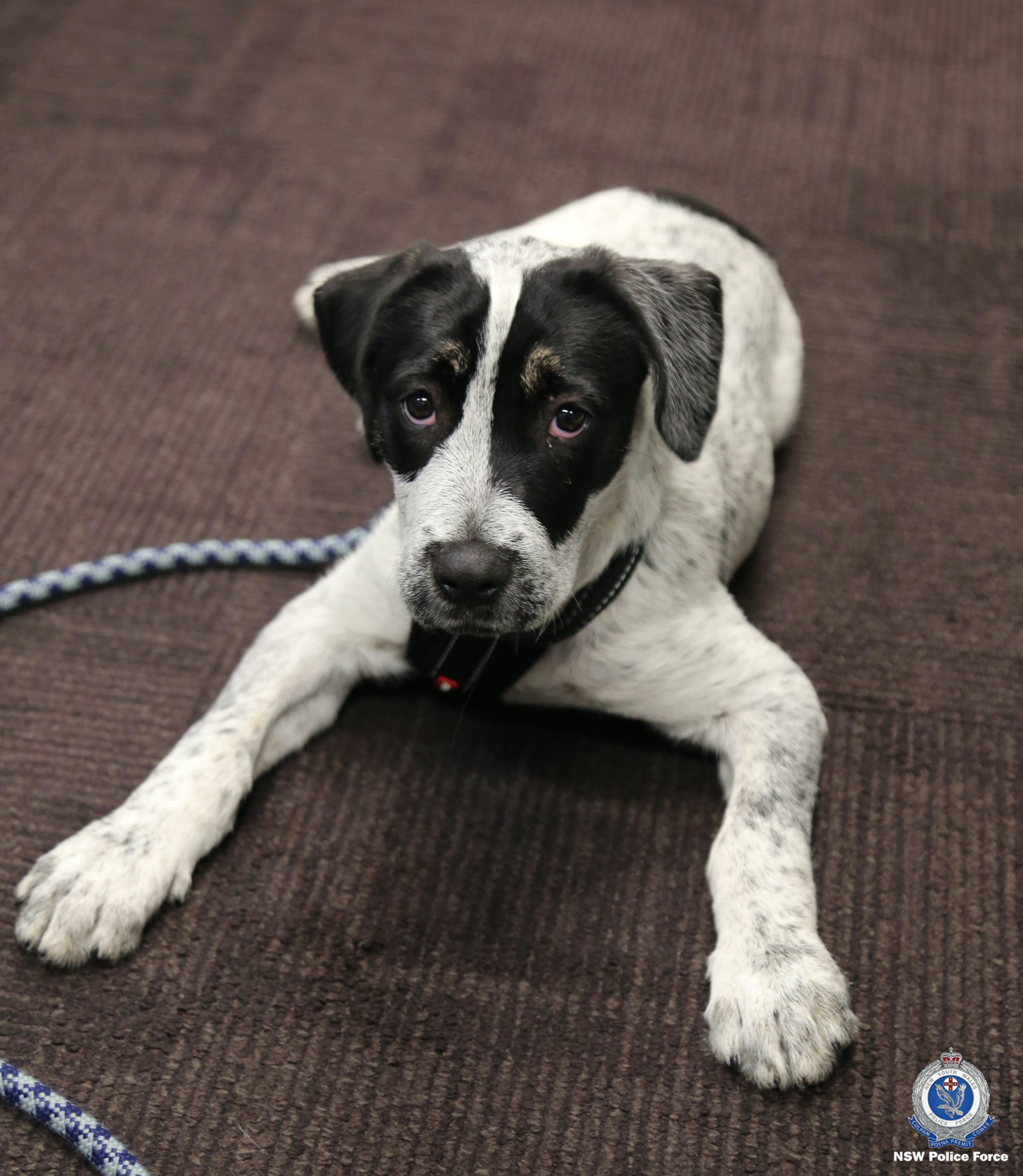 Speck, the cattle dog, accidentally found herself on a 300 kilometre road trip after escaping her rural property in Yass earlier this week.

The three month old puppy was picked up on the side of the road by a 28-year-old woman driving through to Sydney on Wednesday morning.

Later that day, police were called to a carpark on Elizabeth Street following reports a dog had been found inside a car.

Speck was in good spirits and was examined by vets, with no injuries reported.

Not long after launching an investigation into the whereabouts of the black and white cattle dog’s owner, police were contacted by a 21-year-old woman, who said a neighbour told her she saw a social media post that her dog had been found.

She said her beloved pup had dug her way under a fence and escaped before she was found alone, on the side of the road and was driven three hours to Sydney.

Speck and her owner were reunited at Day Street Police Station today.

“This little pup has had quite the adventure this week and we want to thank the public for their help in reuniting Speck with her very worried owner,” Detective Inspector David El-Badawi, Crime Manager, Sydney City Police Area Command said.

One-year-old Speck will return to Yass with her owner later today.

UPDATE 2-Oil steady below $45 ahead of expected OPEC cut