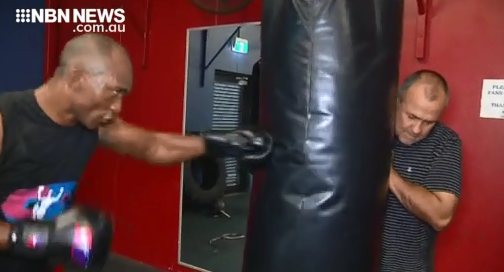 He already has two world titles to his credit, but Hunter boxer Sakio Bika is about to begin a quest for a third.
The former WBC and IBO super-middleweight champion has booked a fight for February 6 at Doyalson-Wyee RSL Club.
The challenge now is finding an opponent, with organisers down to a list of three.
“Quite honestly he’s got a head like a block of granite and a body like a concrete statue so he’s going to be hard to hurt so we want a good young Aussie fighter to come and test him.”
The Cameroon-born 41-year-old has had major bouts overseas cancelled in the past two years – he believes much younger rivals are scared to take him on.
“It’s just about how you take care of your body. I was taking care of this body since I was 13 or 14.”

ANOTHER CHANGE OF PLANS FOR OLYMPIAN WILL RYAN

HIGH PROFILE KNIGHTS DETERMINED TO RAISE THE STAKES IN 2021

W-LEAGUE JETS PUSHING AHEAD DESPITE CHALLENGES