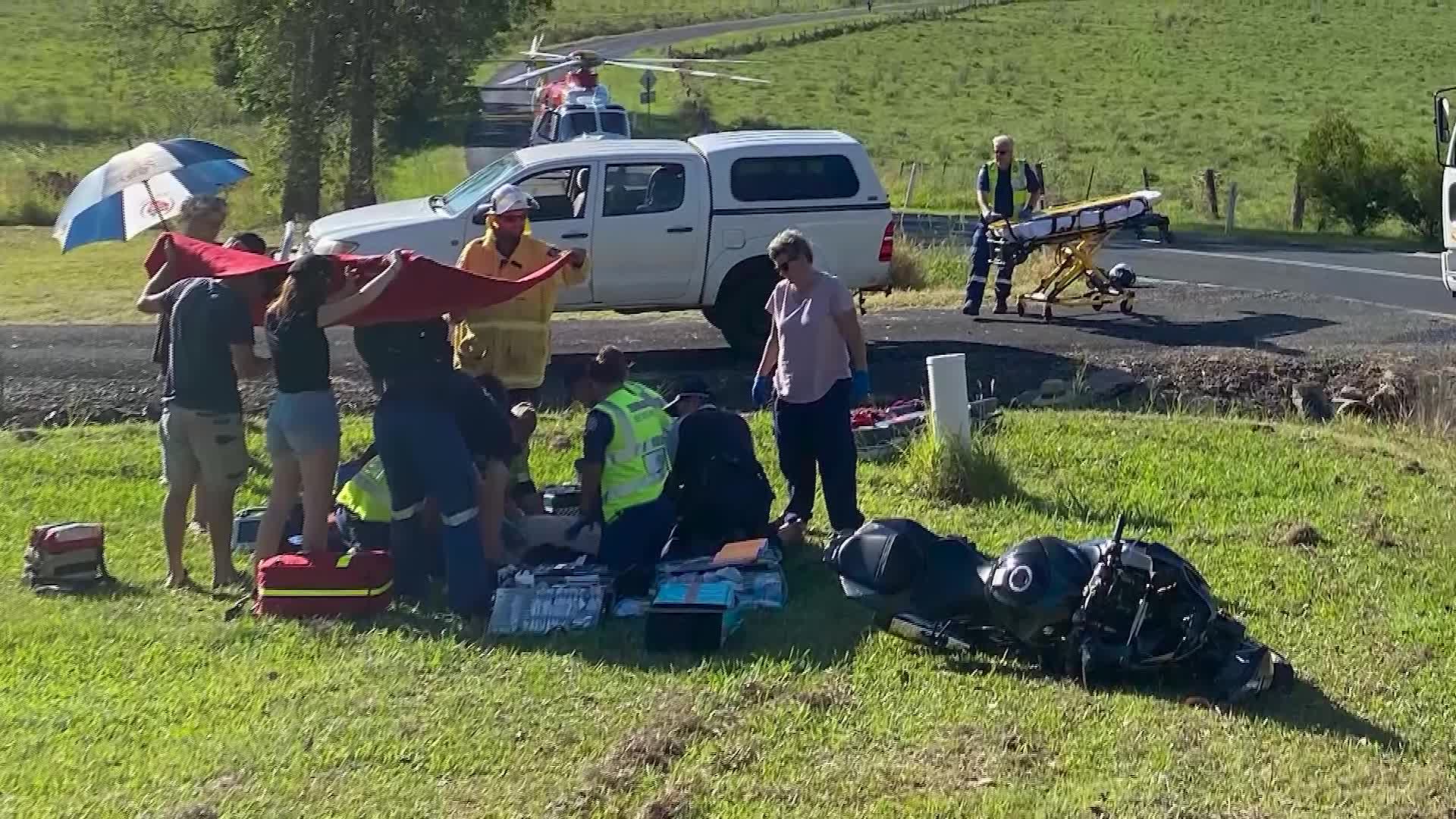 A man is being treated at Gold Coast University Hospital after a motorbike accident north of Nimbin yesterday afternoon.

It’s believed the 30-year-old rider came off his bike and collided with a rock wall.

The Westpac Rescue Helicopter was called to the crash at Blue Knob about 5 o’clock.

He was placed into a medically induced coma before being airlifted to hospital, where he remains in a critical condition.