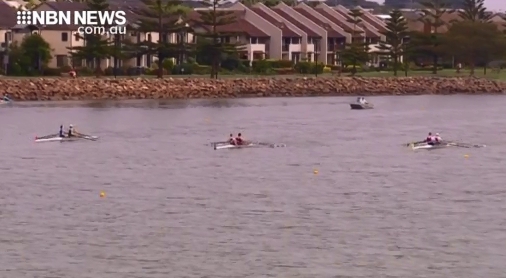 The Newcastle Rowing Club was hoping to break a six year drought in today’s Throsby Gift Relay.
Unfortunately the locals had to settle for the minor placings, as Nepean from Western Sydney claimed the trophy for the fourth time in a row.
The race is the feature event of the Central Districts Rowing Sprint Championships, attracting more than 150 competitors from Sydney up to the North Coast.