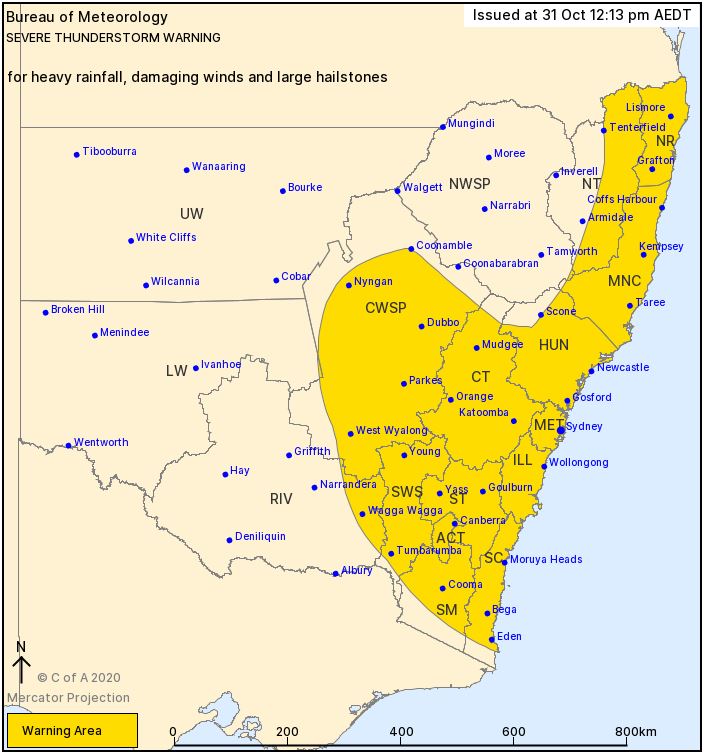 The Bureau of Meteorology has issued a severe thunderstorm warning for the majority of the New South Wales east coast.

Heavy rainfall, damaging winds and large hailstones are expected over the next several hours in some areas of the warning zone.

Severe thunderstorms are likely to produce heavy rainfall that could lead to flash flooding in the Northern Rivers, Mid North Coast, Hunter, Northern Tablelands and other southern regions.

The State Emergency Service is advising people to prepare their home for the conditions in advance, and do not drive through floodwater.

RISING FROM THE ASHES