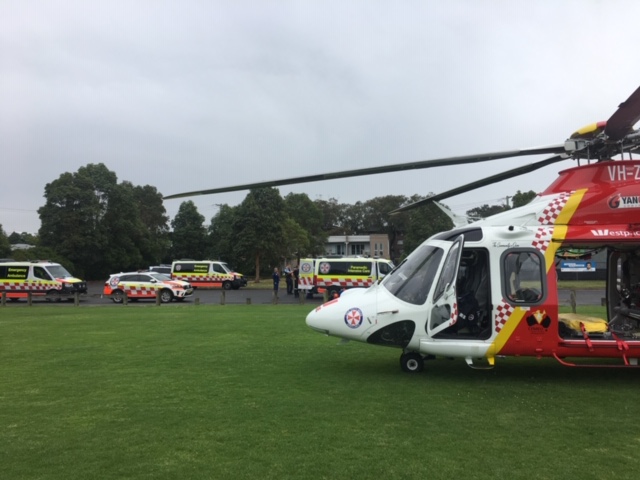 A 12-year-old boy has been flown to John Hunter Hospital in a critical condition, from the Central Coast.

Just before 11am, the Westpac Rescue Helicopter responded to reports the boy was rescued from a swimming pool at Wyong.

Initial reports from scene was that the child was unconscious and CPR was being performed.

Paramedics treated the boy at the scene, but due to his condition, he was placed into a induced coma and life support by the Critical Care Medical Team before being flown to hospital.