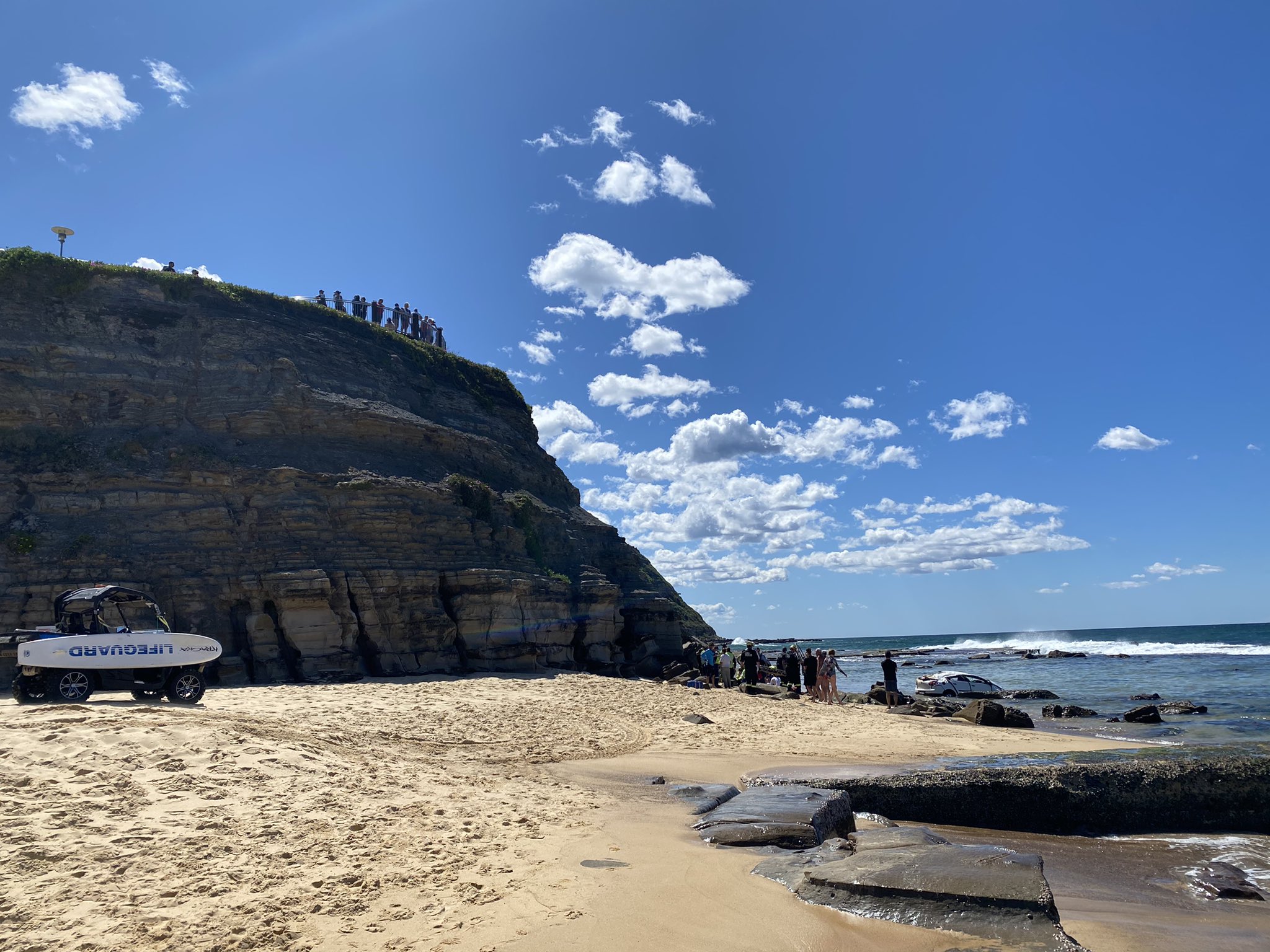 A woman and her baby are lucky to be alive after they were struck by a car as it came hurtling down a cliff in Newcastle this morning.

The Volkswagon Golf sped through the Bar Beach car park, demolishing a timber fence near a popular viewing platform, before flying off a 20 metre cliff and landing in the rockpools below.

The 40-year-old mother suffered suspected leg fractures and the child, under the age of one, escaped with minor scratches.

The driver, a 32-year-old woman, was treated at the scene for minor injuries before being taken to hospital where she will also undergo mandatory testing.

Officers attached to Newcastle City Police District attended and have commenced an investigation into the circumstances surrounding the incident.

Police are investigating reports there was a male passenger in the Volkswagen.

Anyone who witnessed the incident, or has dashcam footage, is urged to come forward.

The car park has been cleared and members of the public are being advised to avoid the area.

A retrieval operation is underway to remove the vehicle from the beach.

UPDATE: Police say a 32-year-old woman was driving the car, while a 40-year-old and her child were hit by the vehicle on the beach. Police are investigating reports there was a male passenger in the car. https://t.co/t7LlgcZ765