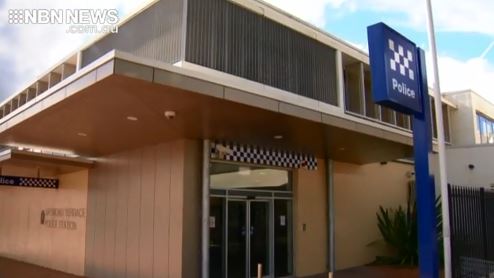 A woman has collapsed and died as police arrived on her doorstep responding to a triple-0 call she made about a neighbour trying to break into her home at Anna Bay.

A 47-year-old woman is alleged to have visited a residence on Old Main Road on Tuesday night and briefly spoke to a woman and her daughter.

Police allege the woman returned early on Wednesday morning, breaking into the home while the pair were sleeping.

The alleged burglar was discovered inside and an argument broke out while police were being called.

Police say a 59-year-old woman collapsed, from a suspected cardiac arrest, as officers were arriving at the scene.

Paramedics commenced CPR and transported her to hospital where she later died.

Her 37-year-old daughter was not injured.

The neighbour was taken to Raymond Terrace Police Station where she was charged with aggravated break and enter with intent to commit an indictable offence.

She has not been charged over the death.

The 47-year-old was granted conditional bail at Raymond Terrace Local Court today, to reappear on November 23.