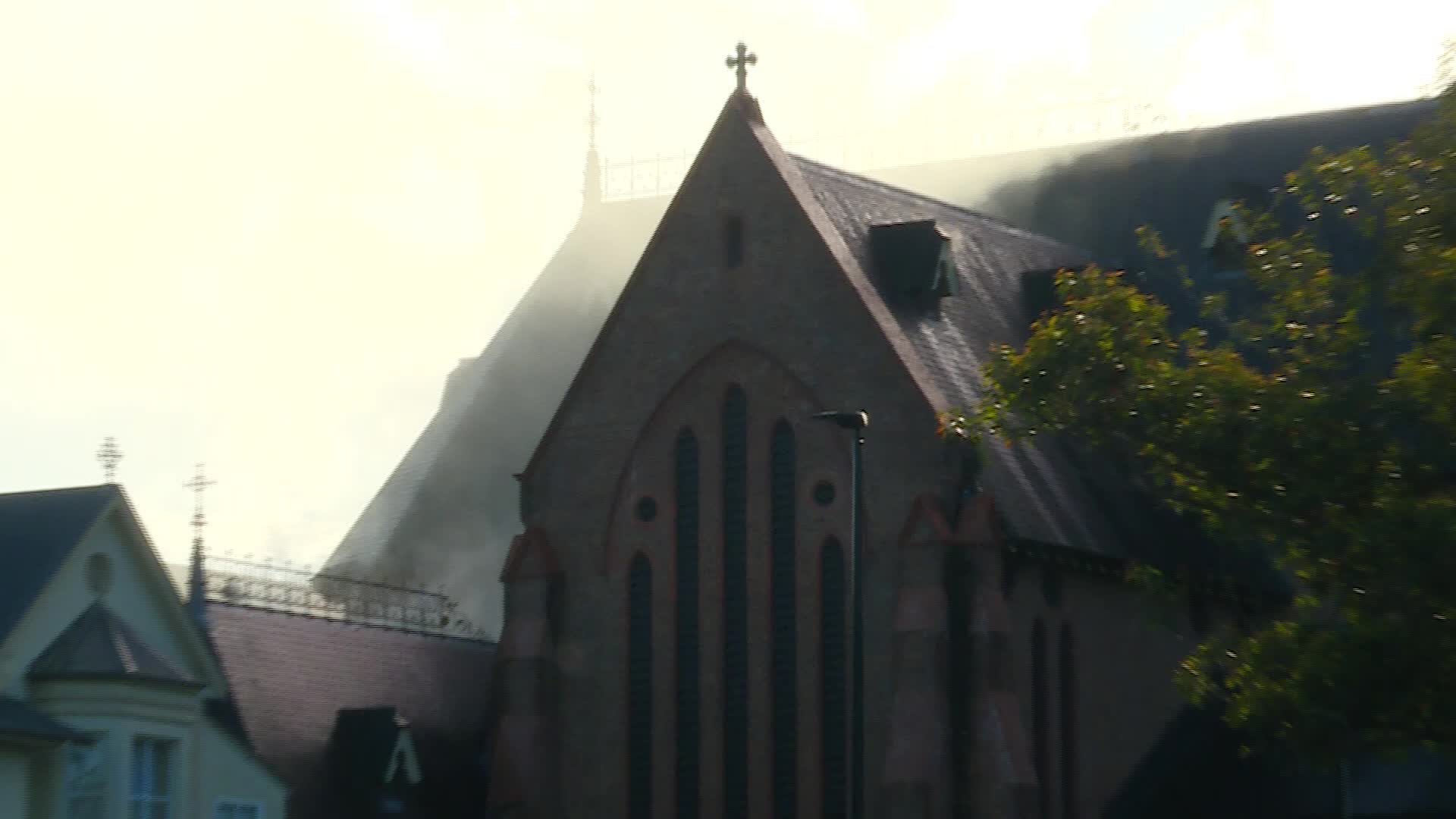 Just after 4pm last Monday, a 20-year-old woman was approached by the man in a car park on Canal Street at Griffith.

He allegedly threatened her with a knife before demanding she give him the car keys.

He drove away in her Volkswagen Polo, with the woman’s handbag inside.

Last Tuesday a 23-year-old woman was approached by the man outside a shopping centre at Hornsby.

He threatened her with a large knife, demanding cash, but the girl managed to run away, and the man left empty-handed.

Last Friday, emergency services responded to a large fire at a cathedral in Lismore.

Police allege the fire was deliberately lit by the 45-year-old.

Investigations have found all four incidents are allegedly linked.

Just before 11am yesterday, the man was arrested in Magellan Street at Lismore.

Officers had to taser the man after he allegedly threatened officers with a large knife.

The man was taken to Lismore Police Station charged with a string of offences.