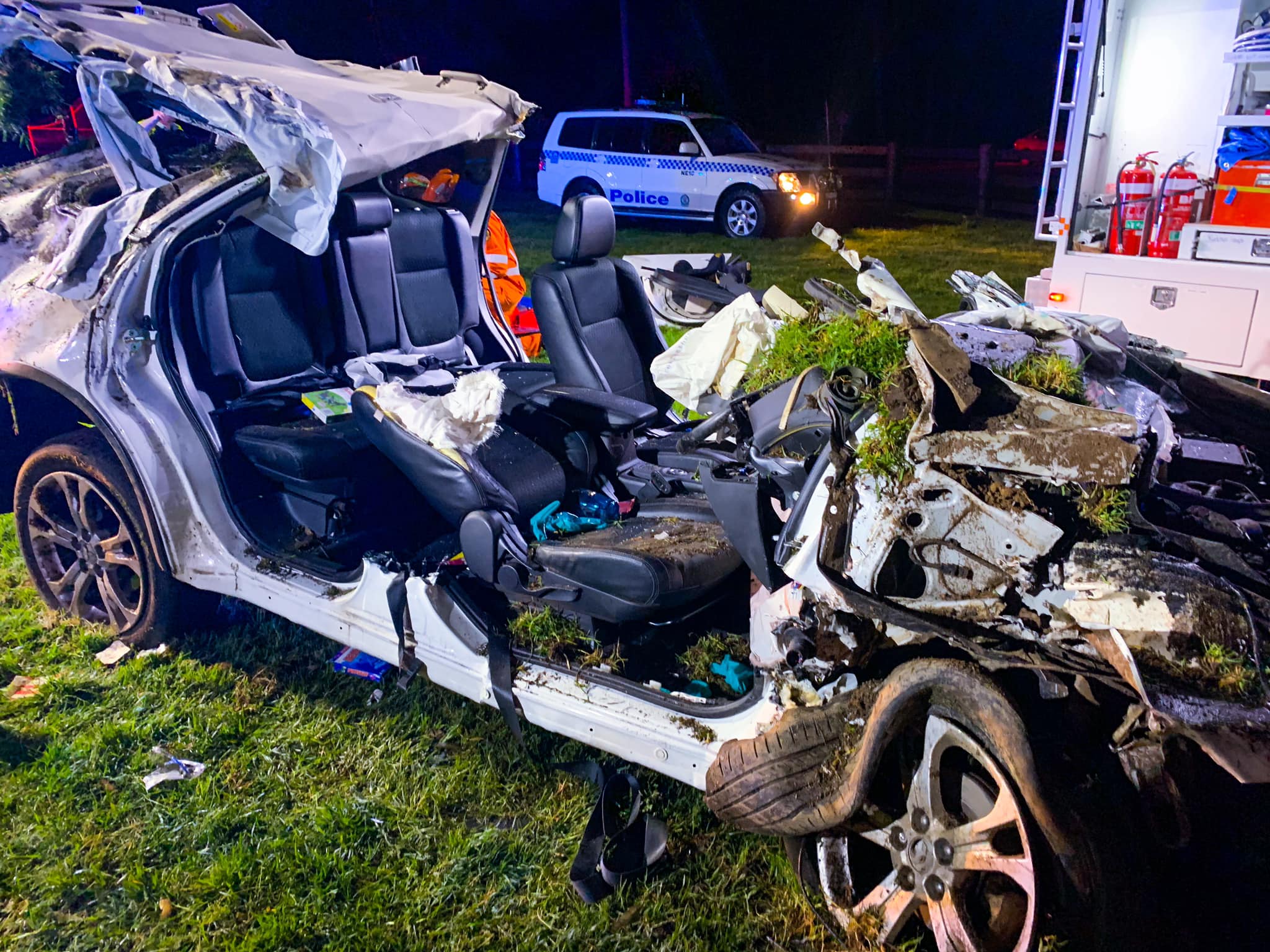 A woman is recovering in John Hunter Hospital after a single vehicle crash in the Hunter last night.
Emergency crews, including Port Stephens SES, were called to Seaham Road, Nelsons Plains just after 11pm.
They arrived to find the woman trapped in the car, after it left the road and rolled several times.
It took several hydraulic rescue tools to help rescue the 22-year-old, and remove the side, roof and dash of the car to get to her.
The woman was airlifted to John Hunter Hospital in a stable condition, with leg injuries.