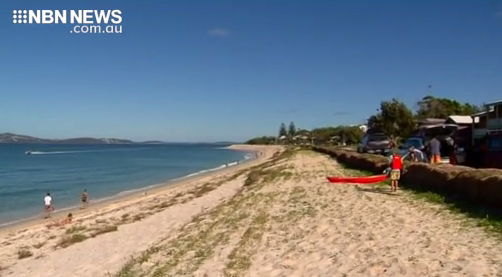 A man has been charged after allegedly committing indecent acts while naked at Jimmys Beach at Hawks Nest yesterday morning.

Police were called to the popular beach, just before 11am, after receiving numerous reports a nude man was walking along the beach and approaching beachgoers.

Officers arrived and provided the man with a blanket, before he was arrested and taken to Raymond Terrace Police Station.

The 51-year-old man from Sydney was also found with LSD, MDMA and viagra.

He was charged with wilful and obscene exposure in public place, carry out sexual act with another without consent, two counts of possess prohibited drug, supply prohibited drug and goods in personal custody suspected being stolen.

He was refused bail to appear before Newcastle Bail Court today.