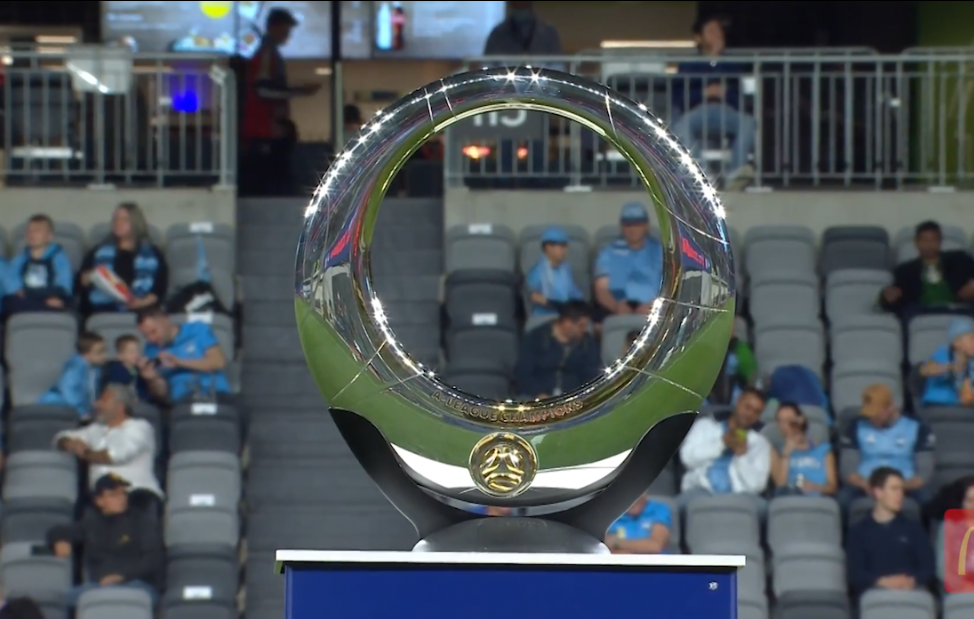 More now on the A-league Grand Final and there were 9 ex-Mariners on the pitch, for the competiton’s biggest night.

Two of them were involved in one of the most controversial moments of the match.

Melbourne City taking the lead, only to have the goal disallowed because Terrigal junior Lachie Wales was blocking Gosford born keeper Andrew Redmayne in an off-side position.

Former Umina Eagle Trent Buhagiar was a late substitute for the Sky Blues, terrorising the defence with his blistering pace.

Hoisting the trophy, the man who made his debut with the Central Coast way back in 2005…skipper Alex Wilkinson, who bagged his third premiership.

AFL STRONG AS EVER FOR CENTRAL COAST TRAILBLAZER

MARINERS UNVEIL PINK ROUND KIT WITH A TWIST