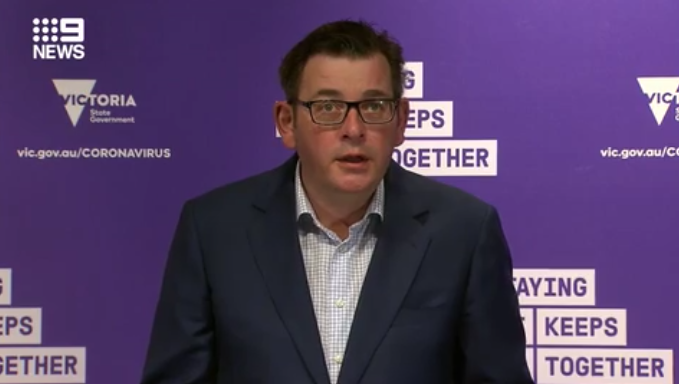 Premier Daniel Andrews confirmed 11 of the 16 deaths are linked to aged care.

The latest figures mean Victoria has surpassed 300 fatalities during the pandemic, while the national death toll stands at 395.

It marks a fifth day of decreasing infections amid hopes the state is stemming its second wave.

Despite the promising figures, Mr Andrews says Victoria’s state of emergency has been extended until September 13.

“These numbers are heading in the right direction, but this is an endurance race, not a sprint,” Mr Andrews said.

“While these numbers are positive, we don’t want Victorians to relax.

“We need to be united to get to the other side of this.”

Meanwhile, five new cases of coronavirus have been diagnosed in New South Wales in the past 24 hours.