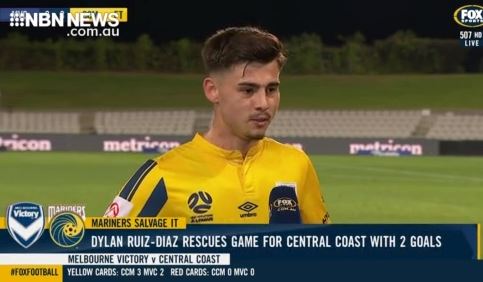 The Central Coast finished its season on a high last night, with a dramatic 3-2 win over Melbourne Victory.

But it was the Mariners youngsters who stole the show in the bottom-of-the-table clash.

Melbourne Victory had them on the ropes until the dying moments of the game, when Dylan Ruiz-Diaz scored his first and second A-League goals to secure a win.

PANTHERS LEGEND TO FACE THE BLUES