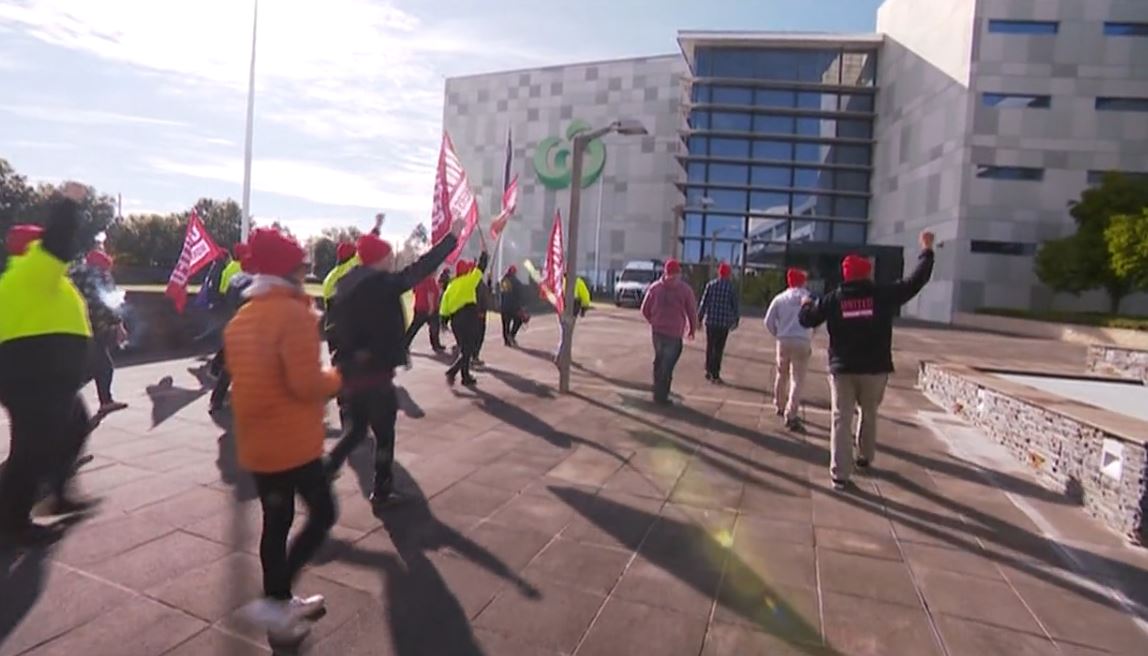 Woolworths staff from the Warnervale distribution centre convoyed to the company’s Sydney’s headquarters today, to present the CEO a petition for wage equality.

It comes after the supermarket giant locked workers out last week, after pay negotiations broke down.

“The company has chosen to lock those workers out for over 10 days now. The workers did take a 24 hour action. It’s not just about wage parity it’s also about casual jobs.”