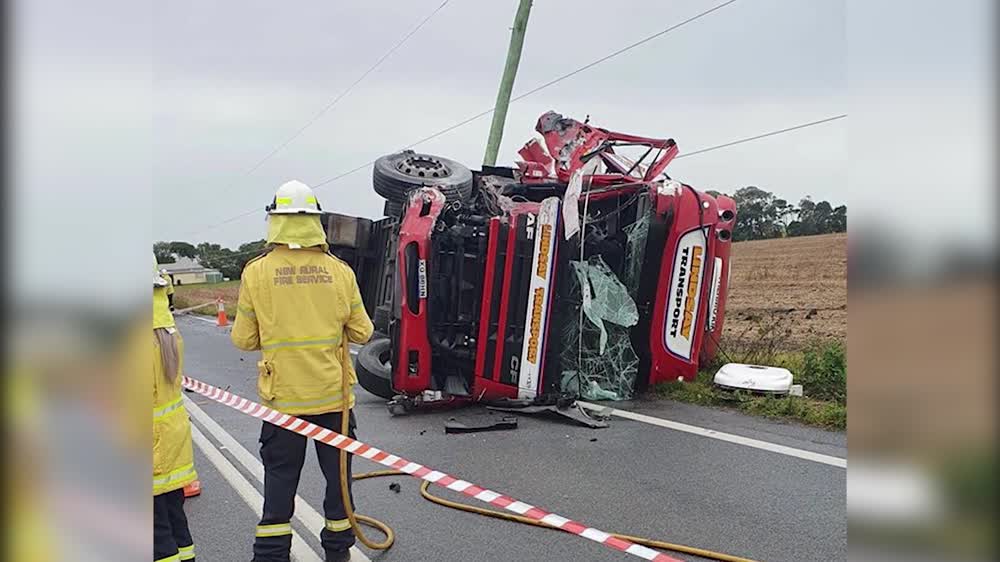 A truck driver is lucky to be alive after the B Double he was driving rolled near Broadwater yesterday afternoon.

The incident occurred on the Pacific Highway, just after 3 o’clock.

The road was closed for several hours, as crews worked to fix overhead power lines which were damaged in the crash.

Both lanes reopened early this morning.