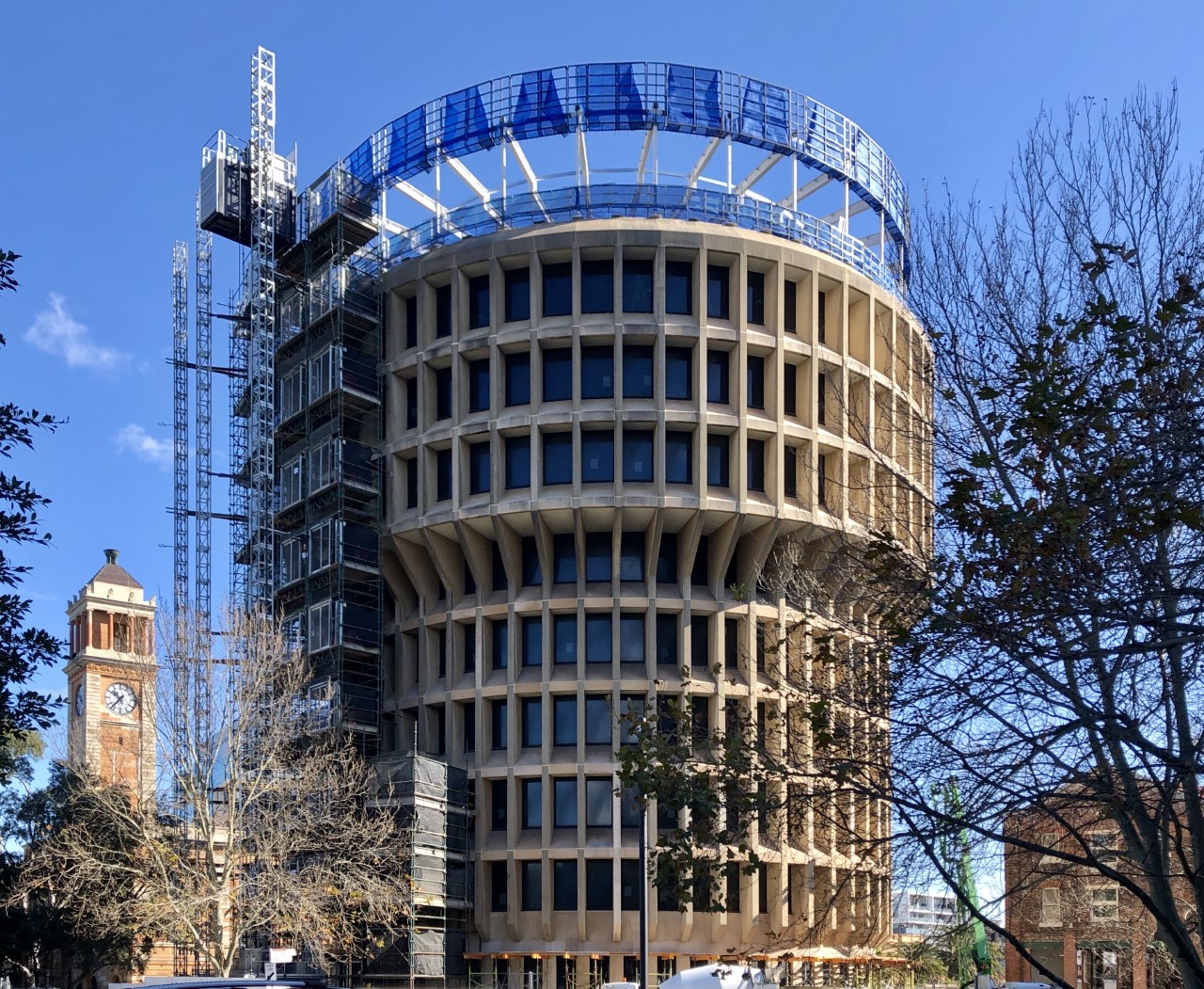 The former Newcastle Council administration building now has a crown of sorts, as it’s transformed into a hotel.

The new structure will eventually hold up a roof.

The opening date for the five-star ‘Kingsley’ has been put back to May 2021… it will include a rooftop bar and restaurant.

Meanwhile, it’s full steam ahead in Hunter Street Mall, with buildings levelled on a large parcel of land next to the former David Jones site.

Stage one of the mixed-use East End project, including the QT hotel and a Woolworths Metro, will open early next year.
(*****)