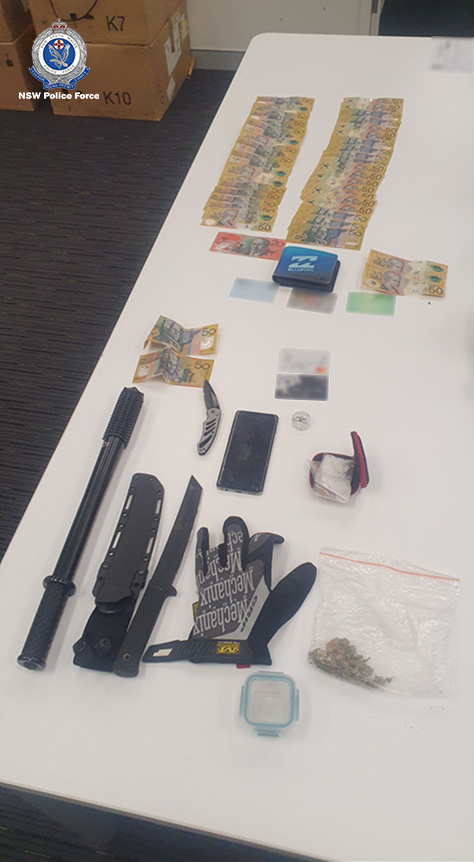 A disqualified driver has been charged after several drugs and weapons were seized at a Coffs Harbour vehicle stop.

Checks on the driver, revealed he was disqualified from driving until 2026.

He was arrested as a result.

He appeared before Coffs Harbour Local Court today, where he was granted conditional bail.

He’ll reappear before the same court next month.