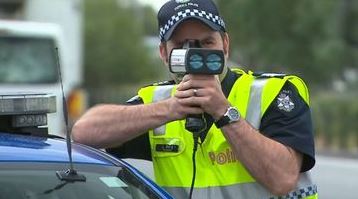 Two drivers have had their licenses suspended on the Mid North Coast, after they were allegedly spotted driving more than 50 kilometres an hour over the speed limit.

Just after 5pm, Highway Patrol police detected a 34-year-old man travelling 154 kilometres an hour on the Pacific Highway at Coolongolook.

The driver was travelling north bound in the 100 kilometre an hour zone in a hire car, with four passengers inside.

His license was suspended for six months, and he was slapped with a $2,500 fine.

Around five hours later, police were stationed on the same highway at Nabiac when they saw a VW Polo travelling 170 kilometres an hour in the 100 zone.

When officers stopped the car, they found the 18-year-old woman behind the wheel was a learner driver.

The woman didn’t have a licensed driver beside her, and wasn’t displaying ‘L’ plates.