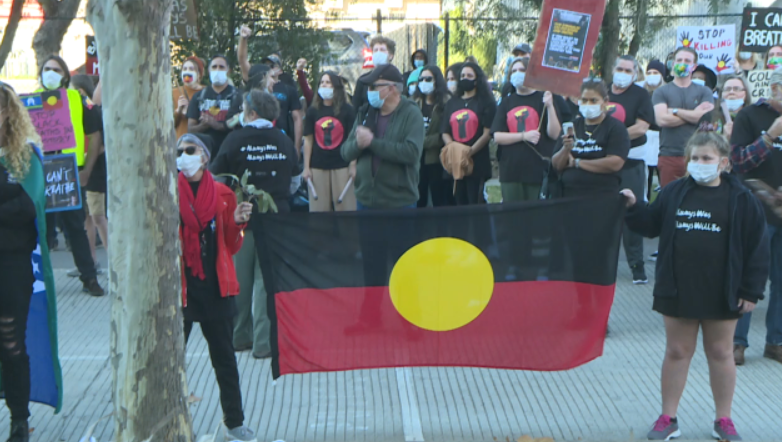 On the Central Coast around 500 protesters marched through Wyong, surrounding the town’s police station.

Joining a chorus around Australia to call for an end to Aboriginal deaths in custody.

“What do we want? Justice! When do we want it now!”

A 20-year-old indigenous man who was an inmate of Kariong Correctional Centre died in November, falling at Gosford Hospital while being escorted back to jail.

(VISION ONLY IN PARTS.)