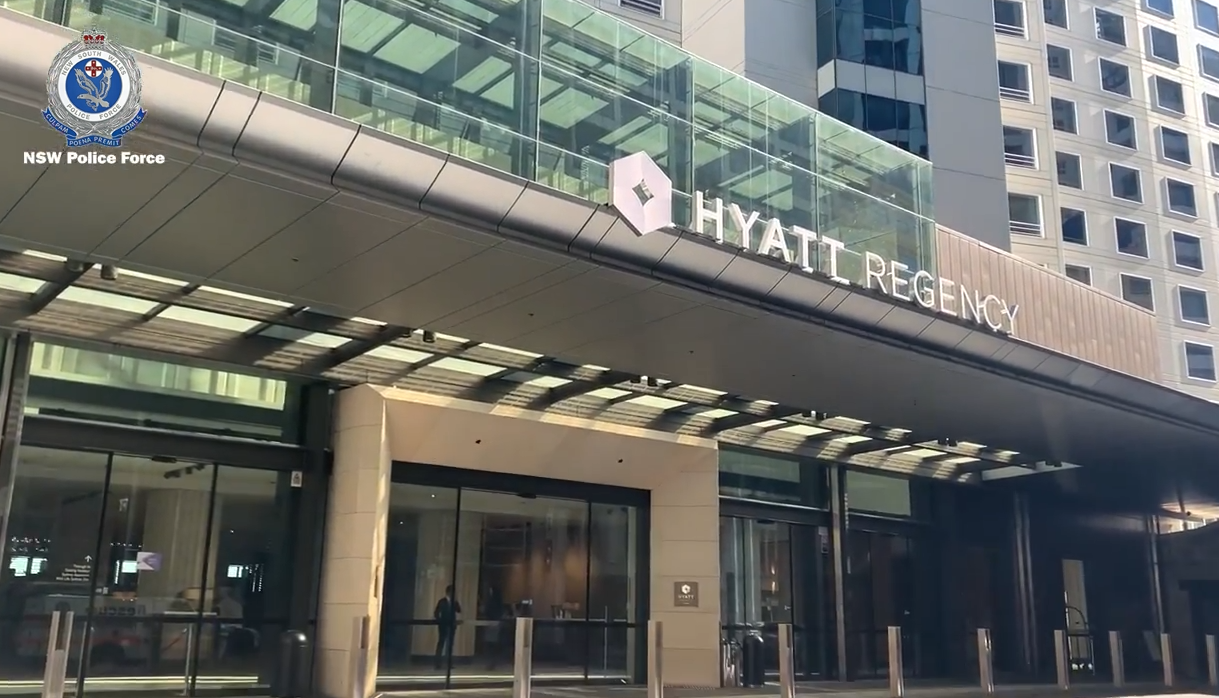 A woman has died after falling from a hotel balcony at Darling Harbour overnight.

Emergency services were called to the Hyatt Regency hotel on Sussex Street at around 8pm, following reports a woman had fallen from a balcony on the buildings 10th floor.

Police and paramedics found the woman’s body on the level one rooftop.

She’s yet to be formally identified, however, police believe she is aged 45.

A 48-year-old man, who was known to the woman and believed to be romantically involved, was arrested at the scene and taken to Day Street Police Station.

Police have set up a crime scene at the hotel for forensic examination as inquiries continue.

Investigators would like to speak to anyone who was staying at the hotel or walking on the boardwalk on the Darling Harbour side of the hotel on Friday night and saw or heard something suspicious.