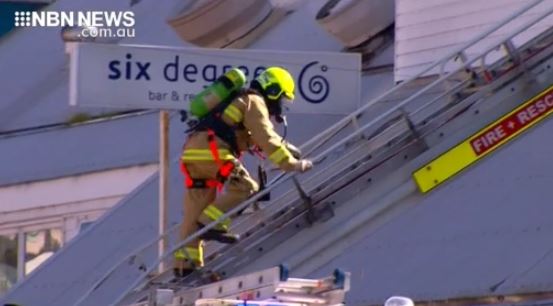 Firefighters are investigating the cause of a blaze at Queens Wharf this morning.

“We had seven appliances respond to this incident, we had a fire in the kitchen which progressed into the flew system of the building.” – James Downey, Fire and Rescue New South Wales.