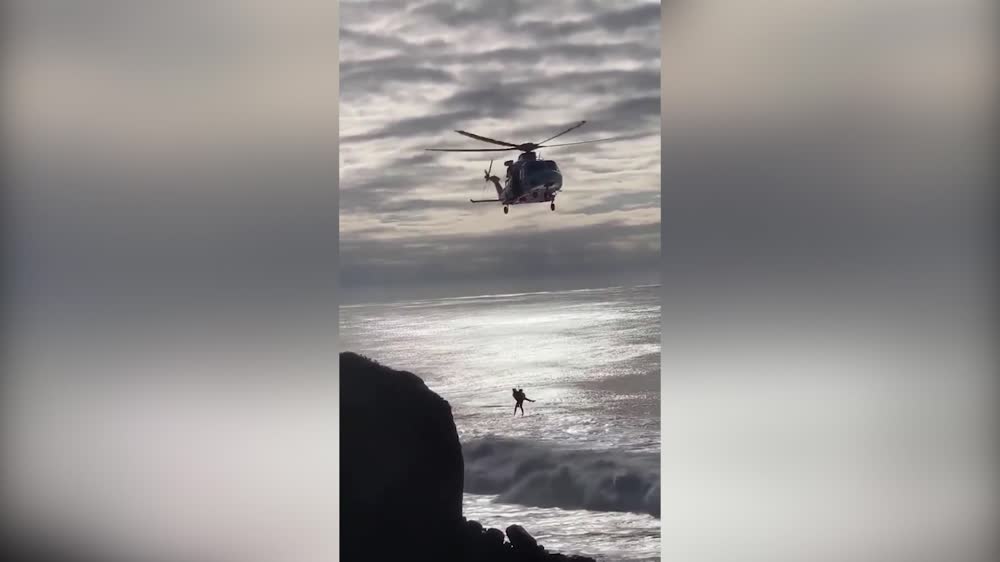 A surfer has been winched to safety after he was reportedly bashed onto rocks by heavy swell at Boulders Beach.

The Westpac Rescue Helicopter responded to the calls for help just after 7.30 this morning.

“The male was located, he actually managed to get out of the water but actually traversed up a cliff face.”

This is the second surf related incident on the far north coast in less than 24 hours, the helicopter also tasked to search for two distressed surfers off Cabarita headland yesterday afternoon.

“We are seeing large dangerous surf up and down the coast.”

“Even the experienced surfers are saying this is an all time swell. They haven’t seen anything like it for some period of time.”

Surf Life Saving New South Wales is urging those on the water to take care over the coming days as the swell moves up the coast.