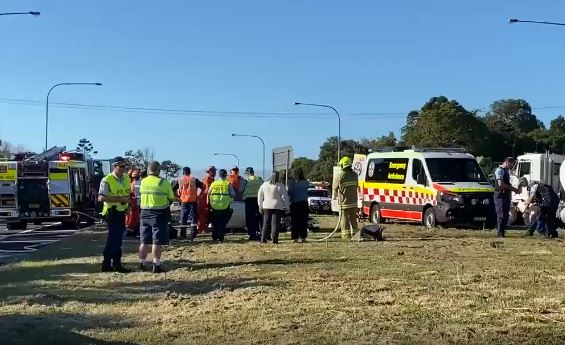 Emergency services, including the Westpac helicopter helped free an elderly woman who was trapped in her car, after a crash on the North Coast this morning.

It’s understood the car collided with a truck on the Bruxner Highway at Wollongbar, just before 9 o’clock.

The 70-year-old woman was flown to Lismore Base Hospital in a serious, but stable condition.

Reporter Bronte Gildea is at the scene, and will bring you more details tonight at six.

Police rescue, firies, ambulance and the Westpac chopper are working to extract the driver of a hatchback after it collided with a truck on the Bruxner HWY at Wollongbar. @nbnnews pic.twitter.com/YXZ7ojvyd7

MAN IN CRITICAL CONDITION AFTER CRASH NEAR MURWILLUMBAH