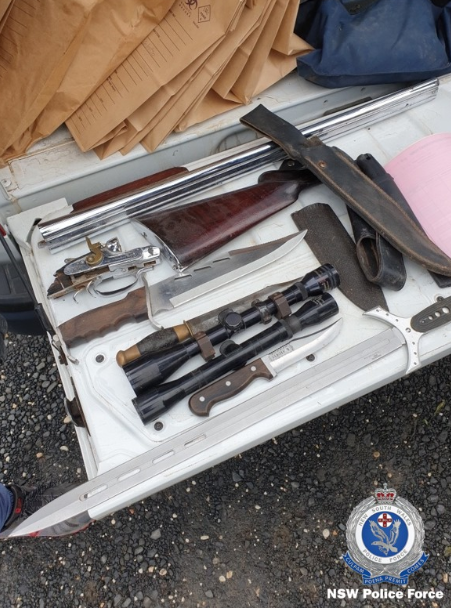 Hunting knives, sword, lasers and a double-barrel shotgun are among an arsenal of dangerous weapons seized from a home on the North Coast.

A 41-year-old man was charged with numerous offences including possess prohibited weapon and possess unlicensed firearm.

He was granted strict conditional bail and will appear at Lismore Local Court in June.