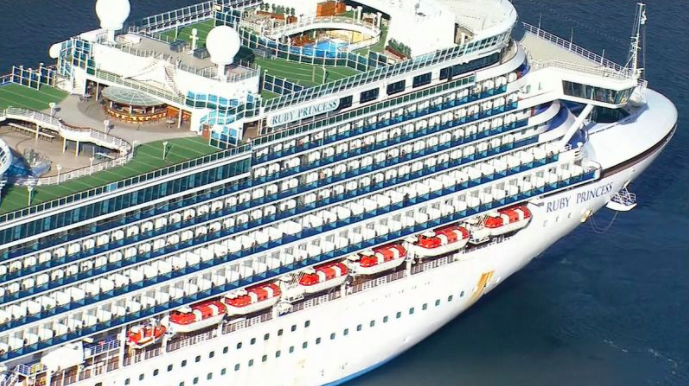 Forty nine crew from the Ruby Princess will be transported off the ship and flown home to their country of origin, as the repatriation process begins.
The lucky 49 are from New Zealand, the United States, United Kingdom, Ireland and Japan.
One of them has test positive for COVID-19.
Upon disembarking the vessel, the COVID-19 positive crew member will be sent to a hotel for 14-days.
After the quarantine period, they will be transported to Sydney Airport to head home.
The remaining 48 crew who tested negative and will disembark today, flight arrangements are being made.
Police Force Commissioner Mick Fuller praised the co-ordinated effort to keep those on and off the ship safe.
“Today’s operation is the culmination of a significant joint effort by a number of agencies, and that effort will continue until we have ensured the safety and movement of every crew member, in line with their wishes,” Commissioner Fuller said.
“The health of those on board and protecting the people of NSW always has been – and will continue to be – our number one priority.
“The movement of the first crew contingent today is an important milestone, and has us one step closer to the Ruby Princess leaving Australian waters.”

Investigations under Strike Force Bast surrounding the docking and disembarking of the Ruby Princess at Sydney Harbour on Thursday 19 March 2020 are continuing.

Ruby Princess was still scheduled to leave on Thursday, and will set sail with almost 1000 crew left on board.