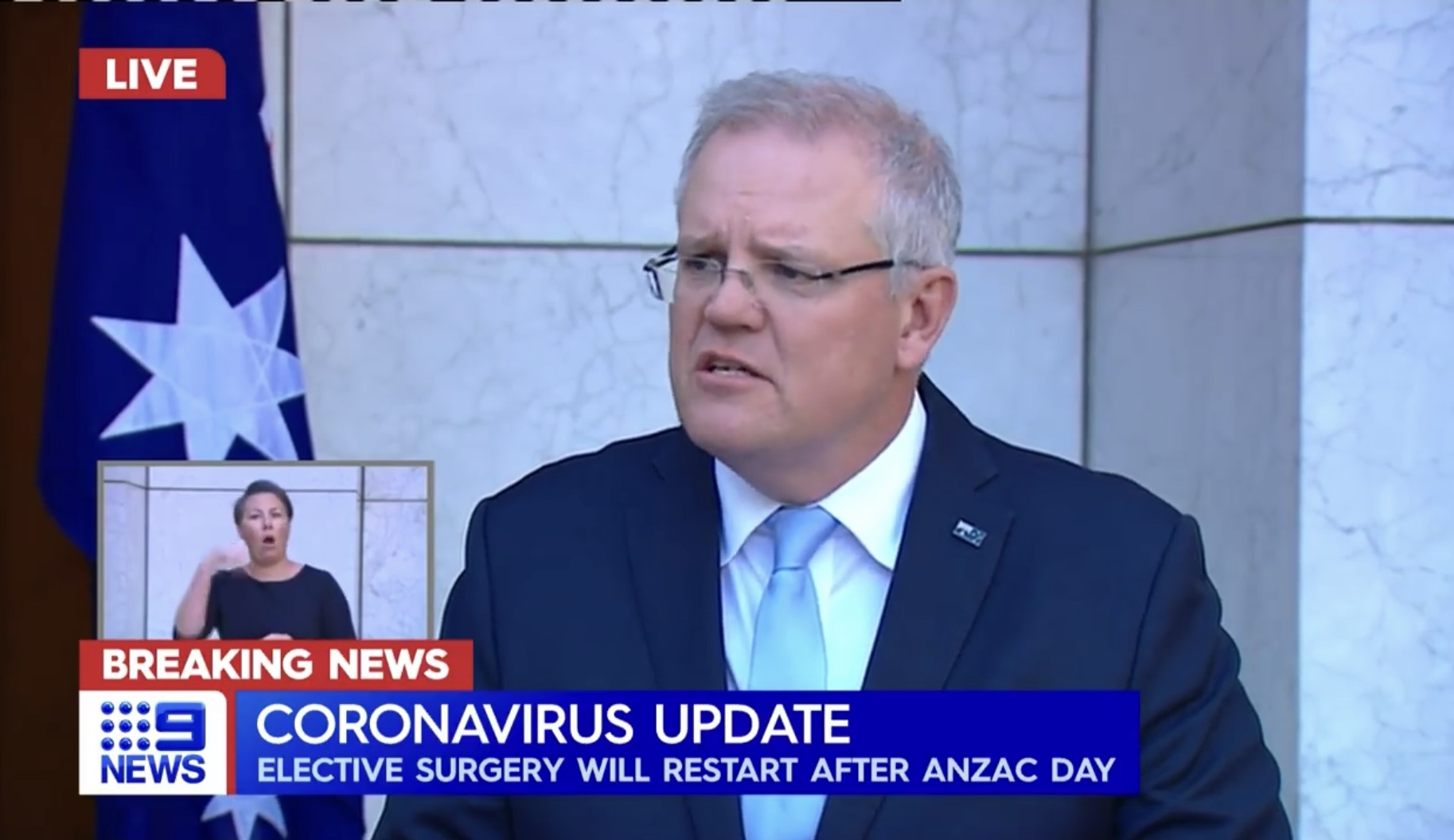 Prime minister Scott Morrison made the announcement in a press conference in Canberra today.

The procedures that will return include eye procedures, endoscopy and colonoscopies and post-cancer procedures such as breast reconstructions.

Dental procedures such as fitting dentures and braces have also been allowed to return.

Priority will be given to the most needy patients first, based on surgical advice of the medical facility where elective surgery is scheduled.

It’s been nearly a month since the Federal Government first banned non-elective procedures in a bid to free up protective gear for health workers.

The Prime Minister today said the lifting of restrictions was an important first step out of lockdown.

“There is a road ahead and the decisions that the National Cabinet has taken today is evidence of that,” Mr Morrison said.