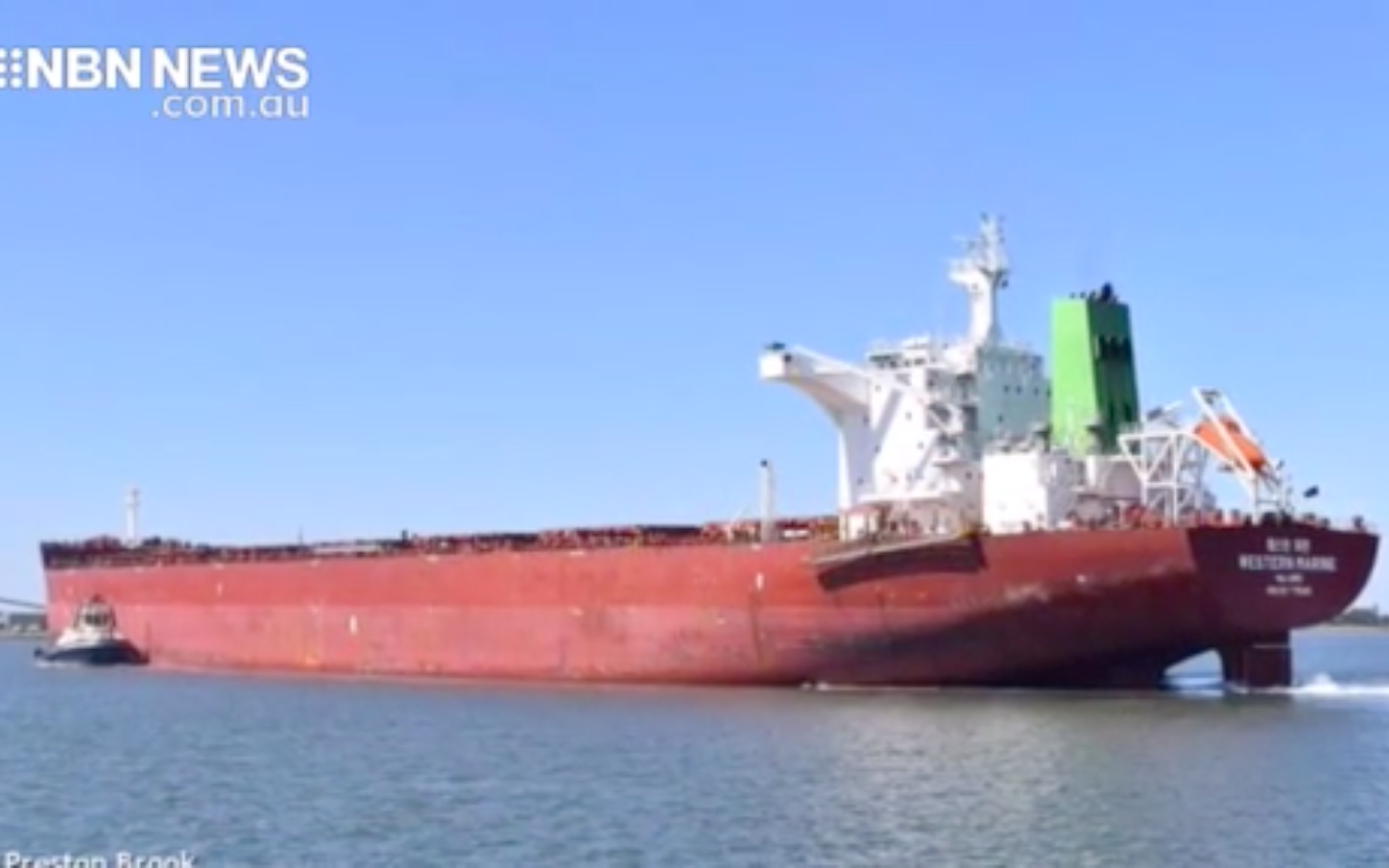 A young Korean man is now presumed dead, after falling overboard from a bulk carrier ship off the Central Coast yesterday.
The air and sea search operation went on for nearly 12 hours, after the ship’s master reported the missing seafarer to the Australian Maritime Safety Authority at about 6.40am on Wednesday.
It’s believed the man went overboard from the Marshall Islands-flagged MV Western Marine at around 3:30am.
AMSA says the search was called off around 6pm that night, due to expert medical advice the time frame for survival had ended.
“AMSA would like to express its sincere condolences to the family of the seafarer and their crew mates aboard the Western Marine,” said an AMSA spokesperson.
National Coordinator for International Transport Workers Federation Dean Summers says AMSA did everything in their power to try and save the man.
“To my knowledge there has been no suspicious circumstances, it sounds like at this stage it is just a tragedy,” said Mr Summers.
Four aircraft and multiple boats scoured more than 130 square kilometres off Bateau Bay, in search of the missing seafarer yesterday.
AMSA today thanked all those involved in the search.
“Search and rescue crews included AMSA’s own Challenger jet from Essendon, a New South Wales Ambulance Helicopter, Westpac Life Saver Helicopter (Lifesaver 21), a third helicopter from Camden and multiple vessels from the New South Wales Water Police,” said an AMSA spokesperson.
The MV Western Marine was due to arrive at the Port of Newcastle around 10pm last night, but never made it.

The ship is now scheduled to arrive at the port at 6:45pm tonight.

IN DEMAND | COAST HANDS EXPANDS TO BATEAU BAY AND SURROUNDS