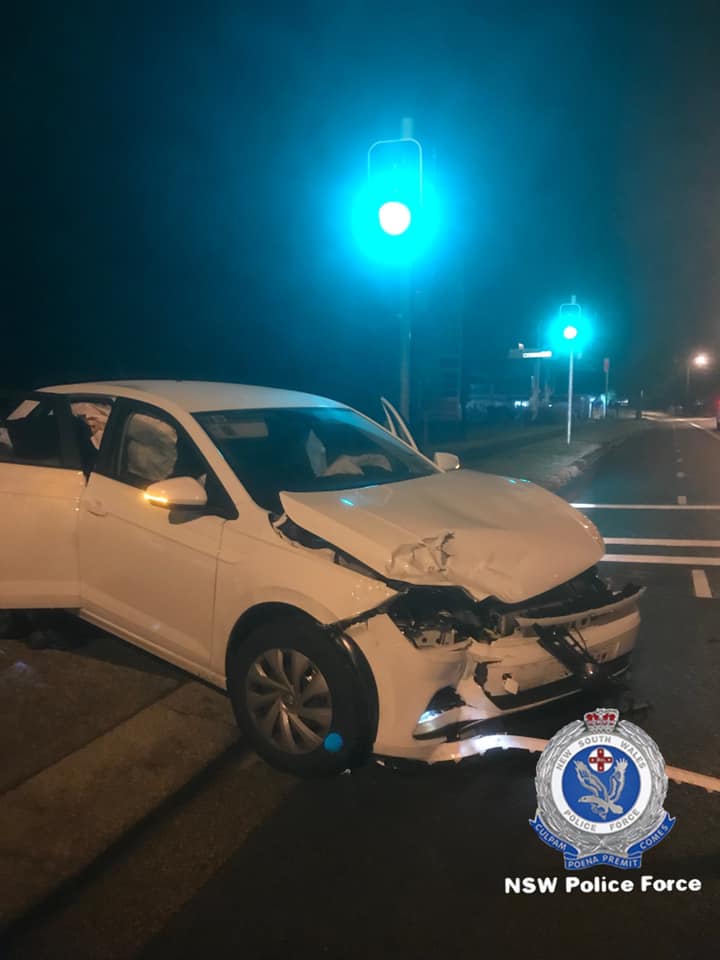 Three men have been arrested and a fourth remains on the run from police following a high speed pursuit across the Hunter overnight.
About 12:25am today (Friday 3 April 2020) police sighted four men inside a stolen Volkswagen Polo in the suburb of Cardiff.
Police attempted to stop the car, however it failed to do so.
Several high speed pursuits ensued across Warners Bay, Cardiff and Wallsend.
The stolen vehicle later collided with a Subaru Liberty at the intersection of Walford and Thomas Street, Wallsend.
The four occupants fled from the stolen vehicle, two of the passengers and driver were arrested by officers from Lake Macquarie, Newcastle City and dog unit.
The fourth passenger was unable to be located.
The trio were taken to Waratah Police Station and charged.
Police urge anyone with further  information or dash cam footage to contact Belmont or Waratah Police Stations or Crime Stoppers on 1800 333 000.