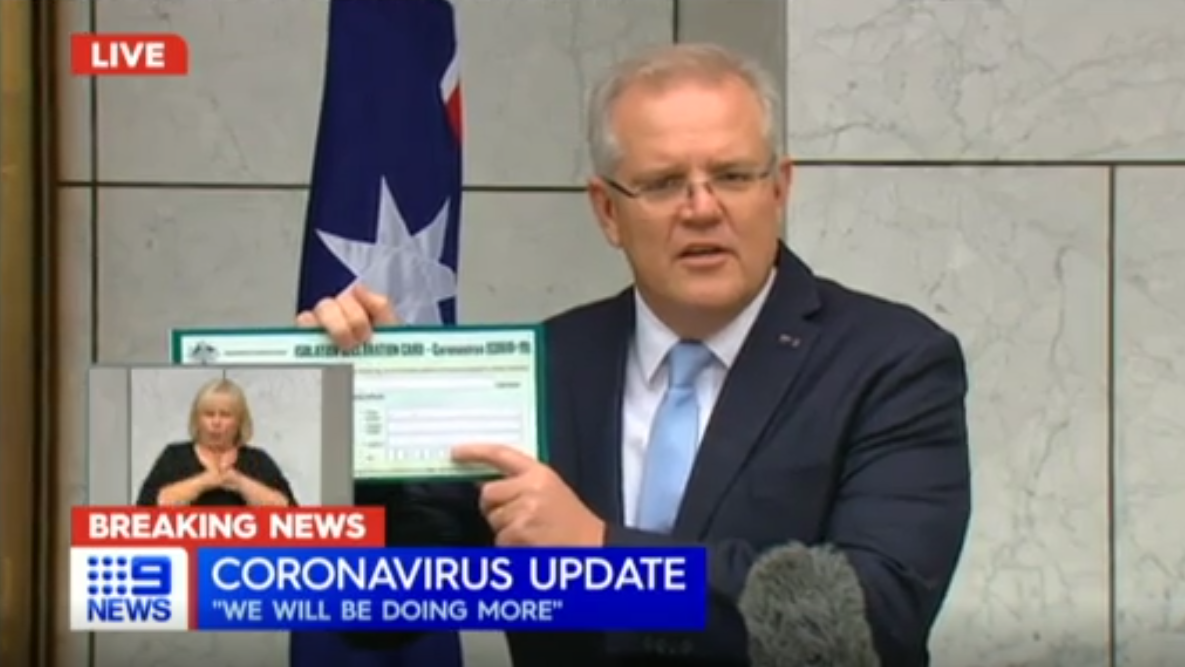 By midnight tomorrow, all states and territories will be quarantining all arrivals in hotels and other accommodation for 14 days.

After this period, they will be able to return to their homes.

Members of the Australian Defence Force will also be brought in to assist with compliance.

The decision comes after a number of Australians who recently returned from overseas were caught flouting their arrival declarations – including a Lake Macquarie woman who returned from Bali this week.

“This is enforceable by law, if you have come back into Australia you need to live up to this pledge,” Mr Morrison said.

“Today we believe we need to go even further, in addition to the arrival declaration, states and territories will be quarantining all arrivals at our airports in hotels and other accommodation for the two weeks of their mandatory self isolation before they are able to return home.”

“If their home is in South Australia, in Perth or Tasmania and they have arrived in Melbourne, they will be quarantining in Melbourne. If it’s in Sydney it will be in Sydney, Brisbane and so on.”

According to the PM, yesterday there were 7120 arrivals at our airports across the country – compared to the 48,725 arrivals this time last year.

There are now more than 3000 confirmed cases in Australia, while global infections pass 500,000.

“There is small amounts of community transmission in some pockets in Sydney, which is probably the most significant in the country, but there are tiny pockets in other states,” Dr Murphy said.

“That’s why these social distancing measures are just so important. That’s why they have to be for the long haul. For several months.”

THERE IS NO EXCUSE | NSW POLICE LAUNCH SEXUAL ASSAULT CAMPAIGN

POLICE OUT IN FORCE OVER THE LONG WEEKEND