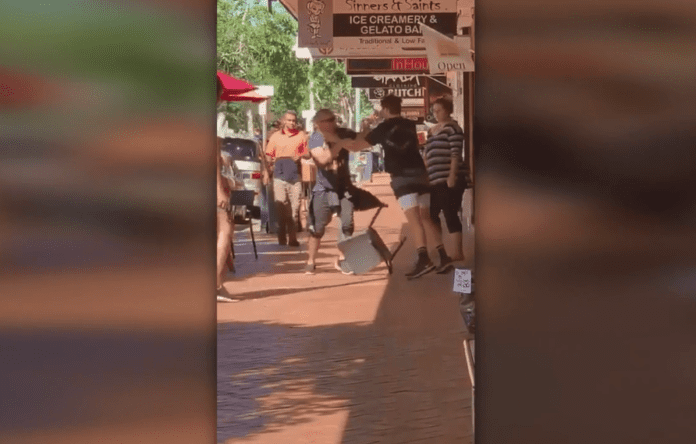 A man has been released on strict bail conditions after being charged following an incident in Forster on Wednesday.

It is believed the 40-year-old man verbally attacked an elderly couple and their grandchildren over the reversing of their vehicle in Wharf Street.

A 17-year-old boy was then filmed stepping in and defending the family, before a fight broke out between him and the older man.

The 40-year-old was on parole when he was arrested and charged with affray last night, and will reappear at court on May 6.

ORDERS DRY UP FOR PORT MACQUARIE FLORISTS AMID THE CORONAVIRUS PANDEMIC