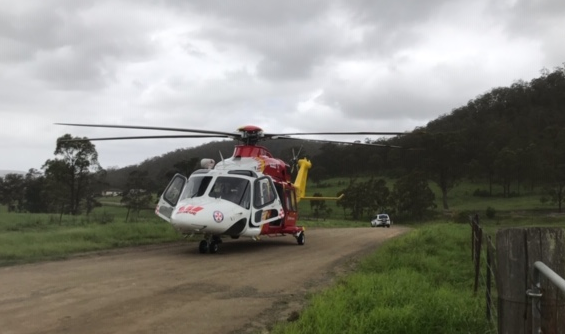 A woman has been injured, after being kicked by a horse on a property at Booral, south of Stroud this afternoon.

The 54-year-old suffered serious chest and pelvic injuries, and was treated by paramedics at the scene.

She was then flown by the Westpac Rescue Helicopter to the John Hunter Hospital in a serious but stable condition.