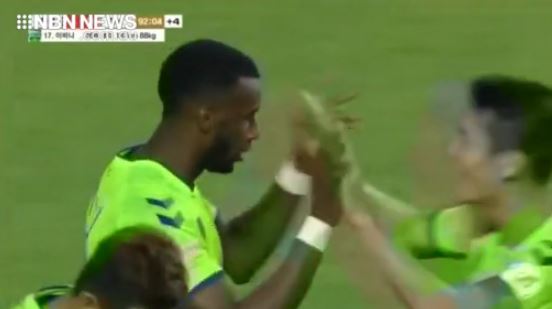 The 27-year-old played for coach Carl Robinson in Vancouver, and was handed his debut for the Mariners by current Newcastle boss, Lawrie McKinna.

Ibini is confident he can score the goals the Jets have struggled to find this season.

“The last game against Victory they created a lot of chances and that’s obviously the main thing to create chances and it’s very pleasing that they’ve been able to do that.” – Bernie Ibini.

The deal is for the rest of this campaign, but could be extended.

“Look if I come here and it fits well for both the club and myself I’m sure anything’s possible and that could be something that happens.”