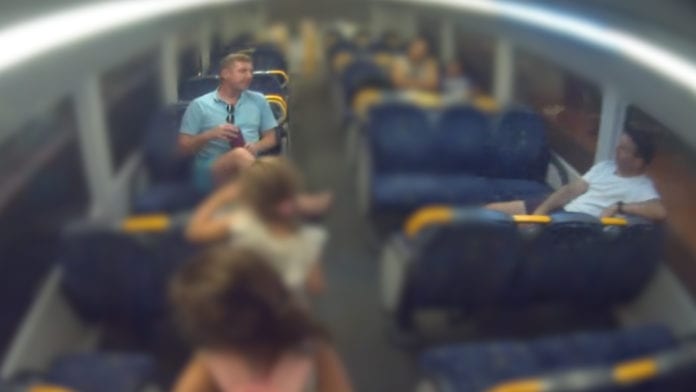 Police are appealing for witnesses after a brawl broke out between three men on a Sydney train earlier this month.

The fight started around 7.15pm on Sunday February 2 on a train travelling between Newtown and Lewisham.

It lasted several minutes and took place across multiple carriages.

Detectives from Inner West Police Area Command would like to speak with two men who may be able to assist with their inquiries.

The first man, in the blue polo, is described as being of Caucasian appearance, 180 centimetres tall with a medium build and aged in his 40s.

The second man, in the white shirt, is described as being of Caucasian appearance, 185 centimetres tall with a medium build and also aged in his 40s.

Both men are believed to have exited the train at Croydon railway station.