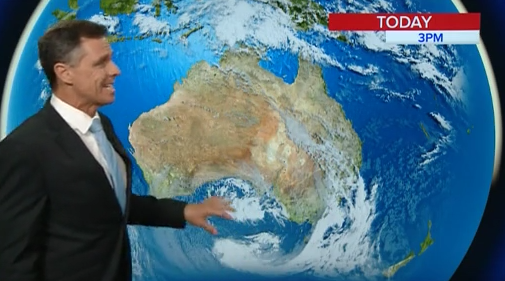 The east coast rain event has begun with big rainfall totals coming down from the Queensland.

Some of that rain has spilled in to Northern and Central NSW, with the the cloud band increasing.

The low off North West WA is likely to become a cyclone in the coming days, while the trough in the east will deepen further producing more storms.

Heavy downpours and isolated flash flooding is forecast over South East QLD and North East NSW, which will impact the Gold Coast and the Northern Rivers from tomorrow.

Some of that rain activity will spill further south into North Western NSW through the day and over the weekend.

This system is going to have many stages over the coming days, as the trough deepens, micro-lows are likely to form intensifying rainfall along the coast.

The system is expected to ease by the middle of next week but then a developing cyclone may dive south, reaching the Tasman.

That has the potential to generate a large swell and extreme tides on the next full moon.

This is definitely a system to watch in the coming days.

COVID-19 DELIVERS A BLOW TO THE WEDDING INDUSTRY