A man will face court today after police found cannabis with an estimated street value of $1 million when a truck was stopped near Byron Bay yesterday.

Just before 9am (Thursday 15 January 2020), Traffic and Highway Patrol officers stopped a truck on the Pacific Highway at Bangalow, due to the manner of driving.

Police spoke to the 36-year-old male driver and submitted him to a roadside drug test, which allegedly returned a positive indication.

The man was arrested, and his truck searched, revealing 145 bags of cannabis with an estimated potential street value of $1 million. Methylamphetamine was also found.

He has been refused bail to appear before Byron Bay Local Court today (Friday 16 January 2020). 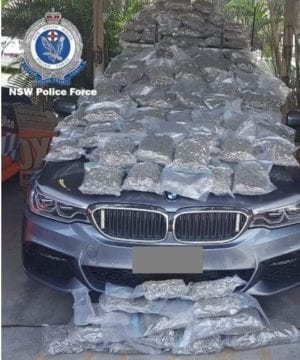 ANOTHER FISH KILL AFTER HEAVY RAIN