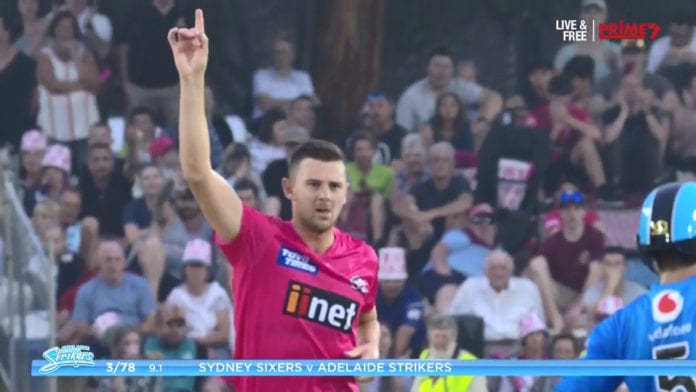 Bendemeer’s Josh Hazlewood made a successful return to cricket last night, as the Sydney Sixers produced a seven wicket victory over the Adelaide Strikers in Coffs Harbour.

It was Hazlewood’s first game since injuring his hamstring in mid-December.

Hazlewood finished with one for 18, from four overs.

In what was his first Big Bash match since 2014.

TAMWORTH SPORTING CAR CLUB TO HOST ROUND 2 OF TRI-SERIES