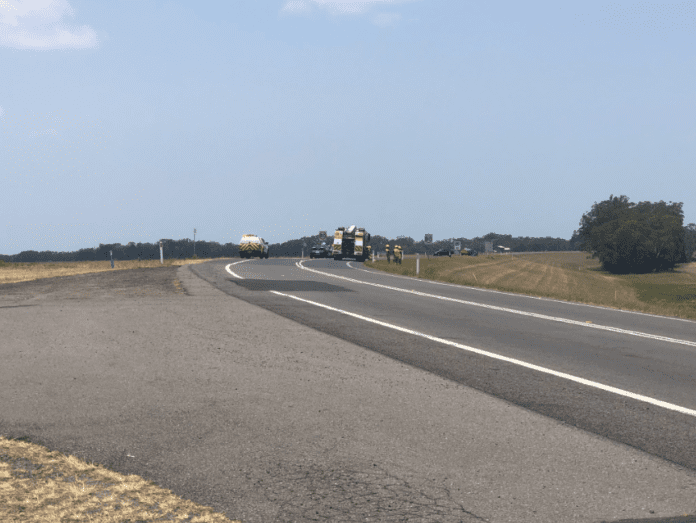 One person is dead and three others have been hospitalised after a serious crash at Raymond Terrace near Newcastle.

Emergency services were called to Richardson Road at around 11 o’clock on Sunday morning, after a Toyota Corolla and a Holden Astra collided head-on.

The driver of the Astra died at the scene, while two passengers were taken to Newcastle’s John Hunter Hospital with non life-threatening injuries.

The woman behind the wheel of the Corolla was also taken to hospital for mandatory testing.

Anyone who witnessed the crash, or has dashcam vision is asked to contact Crime Stoppers on 1800 333 000.