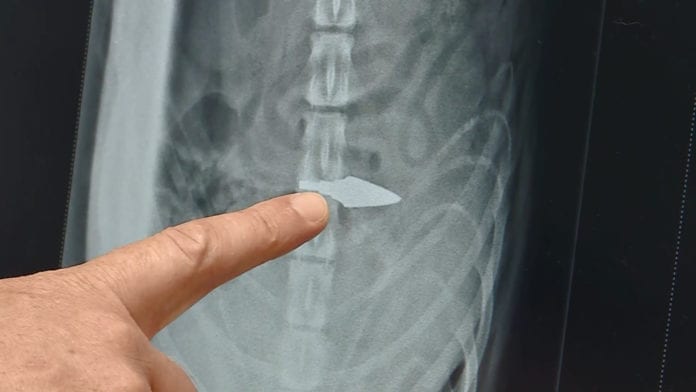 An eight-month-old puppy has died after it was allegedly shot with a longbow and arrow on the state’s far north coast.

Officers were called to a property on Canowindra Court at South Golden Beach, north of Byron Bay, on Friday morning after reports a man had shot a puppy.

Police will allege the 59-year-old man fired three arrows at the dog, named Bucket, with the third arrow striking him in the back.

Despite the best efforts of neighbours, who rushed the puppy to a nearby vet clinic, he had to be euthanised due to the severity of his injuries.

The man was charged with committing an act of aggravated cruelty upon an animal and recklessly beat and seriously injure an animal.

SURFER THANKS HELICOPTER CREW AND NSW AMBULANCE FOR SAVING HIS LIFE