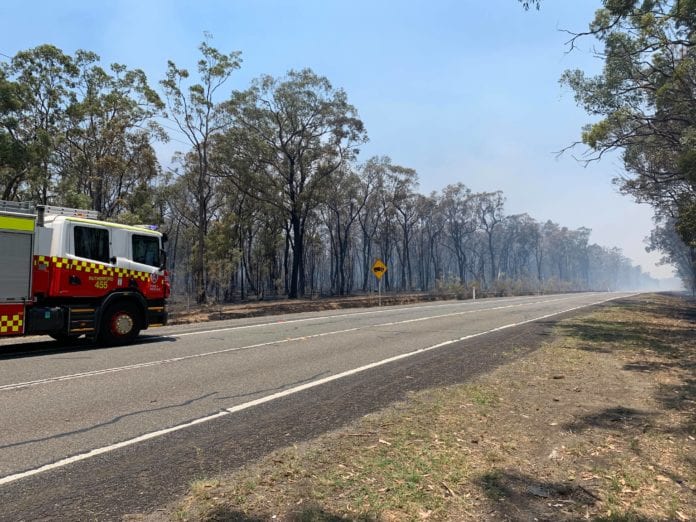 UPDATE | The Leggetts Drive bushfire at Pelaw Main has been downgraded to a ‘Watch & Act’ level warning.

BUSHFIRE UPDATE | The fire is burning in an easterly direction towards Avery Lane, with firefighters and aircraft working to protect homes. If you are in the area of Avery Lane Stanford Merthyr, it is too late to leave. pic.twitter.com/kxh6ZPW775

Leggetts Drive south of Kurri Kurri in the Hunter Valley is closed after a fatal car crash sparked a bushfire.

Fire units are working to contain spot fires triggered by the single-vehicle crash, south of Pelaw Main, at around 10 o’clock on Tuesday morning.

Police have confirmed the sole occupent of the car, died at the scene.

Authorities have asked motorists to avoid the area.

Leggetts Drive is closed in both directions between Neath Street and Lake Road.

All vehicles are advised to use the M1 Motorway or the Hunter Expressway.

The fire currently listed at a ‘Watch & Act’ level warning, having scorched around 200 hectares of bushland.