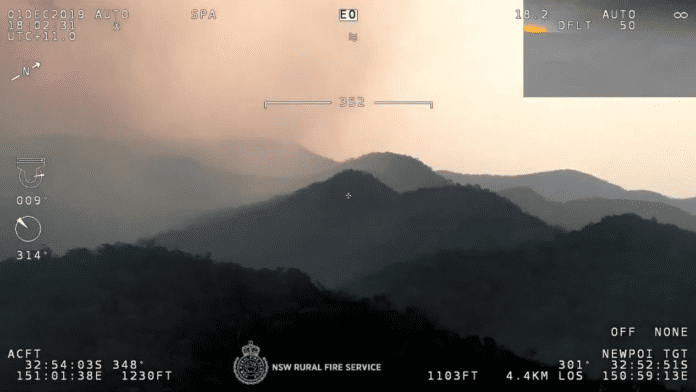 Cooler conditions have delivered small relief for firefighters across northern New South Wales, with a number of fires continuing to burn out-of-control across the region.

The respite will be short lived however, with dangerous conditions set to return mid-week as temperatures climb back into the mid-30s.

Last night it was remote properties south west of Merriwa that came under threat, with the Meads Creek West fire upgraded to an emergency warning.

A number of fires are burning in the Yengo National Park, to the west of Wollombi. Under forecast gusty winds tomorrow, the fires are expected to continue burning in an easterly direction. #nswrfs #nswfires pic.twitter.com/4qLxRE6yoP

The fire has since been downgraded to an Advice level warning, with a community meeting to be held at Merriwa RSL Club at 3:30 this afternoon.

Further north, a firefighter had to be airlifted to hospital after suffering a serious leg injury while fighting a blaze in the Wilsons Downfall State Forest, north of Tenterfield.

The 24-year-old was flown to Lismore Base Hospital in a stable condition.

A severe weather warning is also in place for large parts of the state, with damaging winds expected across parts of the Hunter, Northern Tablelands and Mid North Coast. 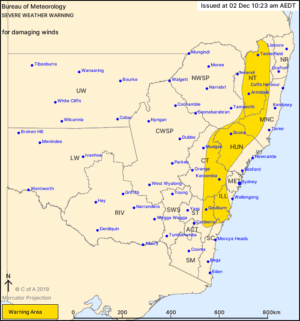 Scone, Armidale and Tenterfield are among the locations likely to be affected, with gusts in excess of 90 km/h likely.

On the New South Wales South Coast at least one home has been lost, as powerful winds fan flames towards towns near Bateman’s Bay.