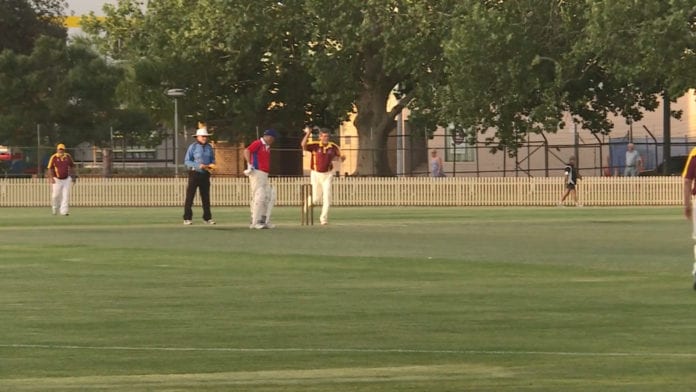 The Poms have left their mark on Tamworth’s Number 1 oval, after claiming an 183 run victory against Northern New South Wales yesterday in the grey ashes.

The Over 60’s international side, who’ve been touring Australia, are the first to play on a Tamworth pitch since 1996.

England started strong, taking a number of good wickets, before dominating at the crease.

SUNDERLAND FINISHES 12TH IN FINAL STAGE OF TOUR DOWN UNDER